Incredible victory for Class of 2020 in powderpuff game 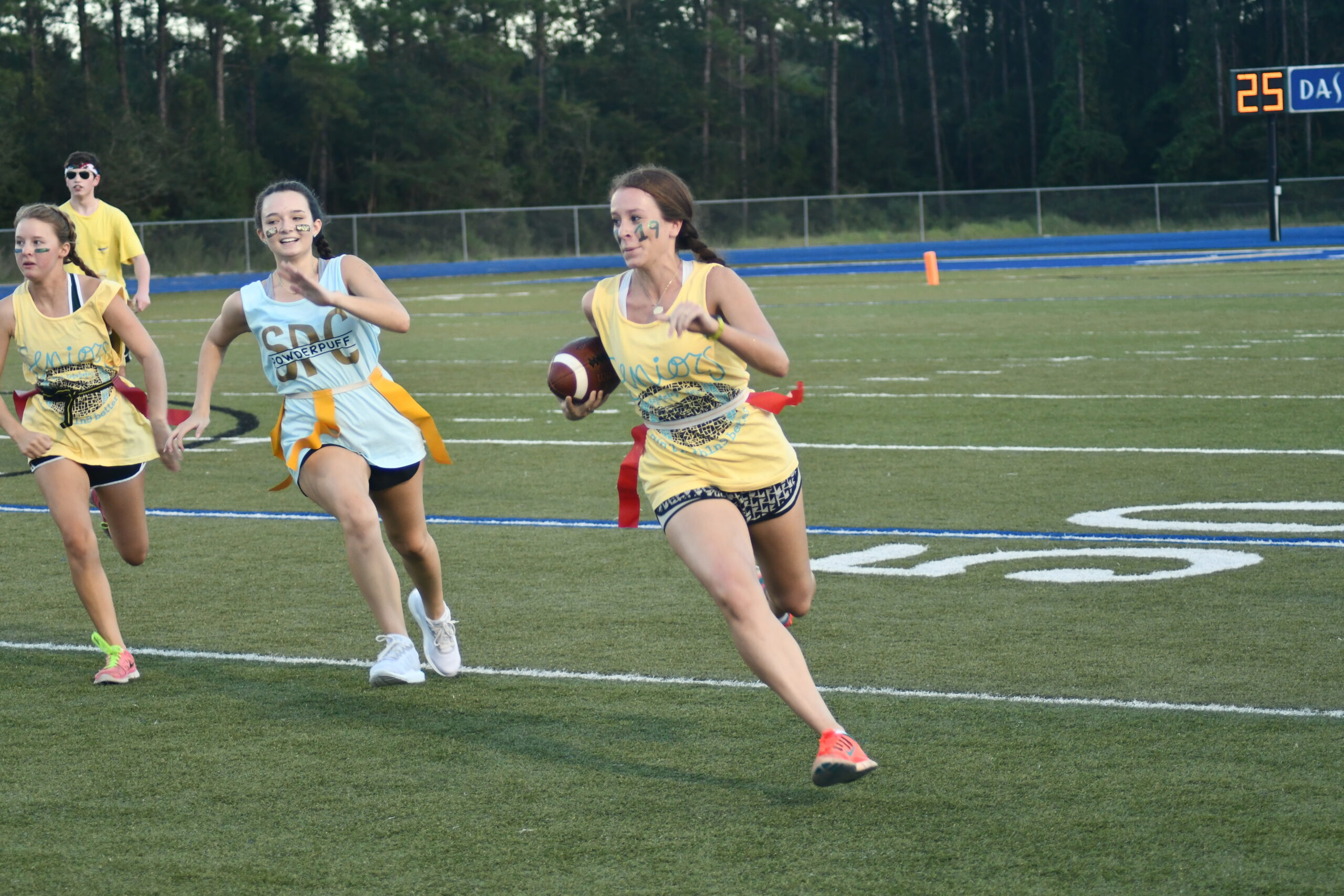 Incredible victory for Class of 2020 in powderpuff game

On September 12, the junior and senior classes battled in the annual powderpuff game, a tense flag football match between a team of junior girls and a team of senior girls. The stands buzzed with excitement in the pregame minutes. The bleachers were filled with avid parents and students eager for the start of the game. Male cheerleaders added an interesting element. It was amusing to see the tables turned, as the men and women switched places.

Parents were in disbelief, as the commonly accepted tradition was a senior victory. This year, however, the juniors changed tradition. Not even the students themselves fully comprehended what had occurred until minutes later. As the game ended, juniors flooded the field to congratulate their team on the stunning victory. The tone was electric as ecstatic cheers and yells filled the air, accompanied by a silent acceptance on the senior side.

Both sides understood that they had fought with distinction and accepted that it was a fair game. The game was intriguing and engaging to watch, and most players, while maintaining competitiveness, enjoyed the experience.

Macayla Wells said, “The juniors won, so that’s exciting. It reminds us that as a class we are together and are able to join our strengths to overcome tradition. It gives us the ability to foresee a great junior year.”