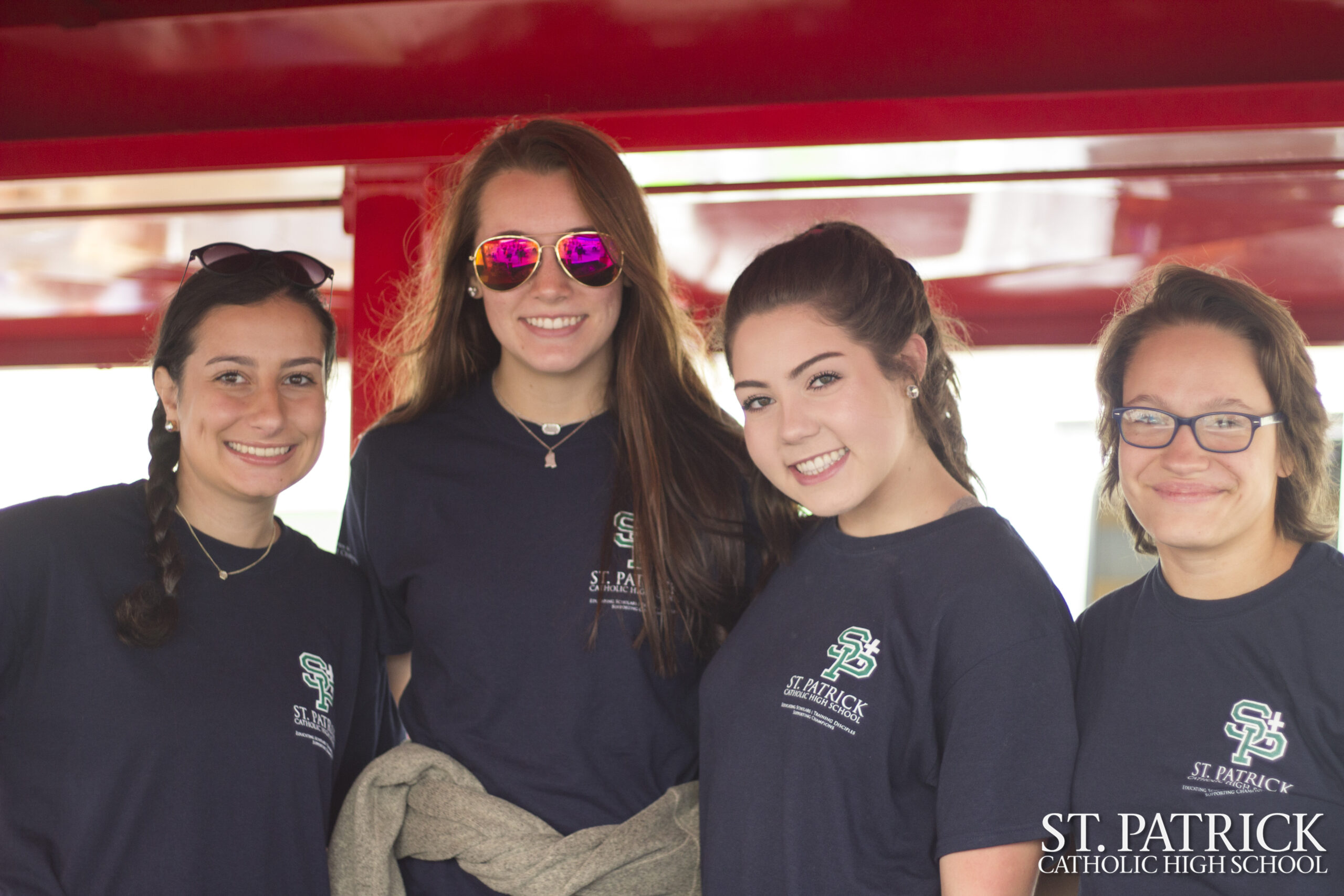 The St. Patrick Catholic High School Interact Club, a school-sponsored club dedicated to performing service projects on the Gulf Coast, volunteered at Cruisin’ the Coast last Sunday, October 1. Students worked designated shifts at a Coca-Cola booth and sold sandwiches, sausages, snacks and cold drinks to raise money for the Edgewater Rotary Club. Customers who purchased from the booth not only enjoyed a delicious meal but also received the satisfaction of putting their money to a good cause. “The Edgewater Rotary Club,” said Mrs. Lawson, the sponsor of Interact Club, “works on many service projects in our community, so all of the money raised is going back into our community.” Any tips that were received in the Interact Club tip jar will go towards the club and its scholarships for seniors that perform the most hours of service. This booth has been a favorite project of the Interact Club community, and sign-ups fill up so quickly that Mrs. Lawson has to set up a specific date and time where students can start signing up. “By volunteering at events such as Cruisin’, we students are contributing to the growth of our community by both attracting tourists and providing entertainment for the families who live here,” said junior Stephen Azar, who volunteered at Cruisin’ the Coast this weekend. Service projects like this are important to Interact Club because even though the members are having fun, they are also working to give back to the community when they volunteer for events like Cruisin’ the Coast.