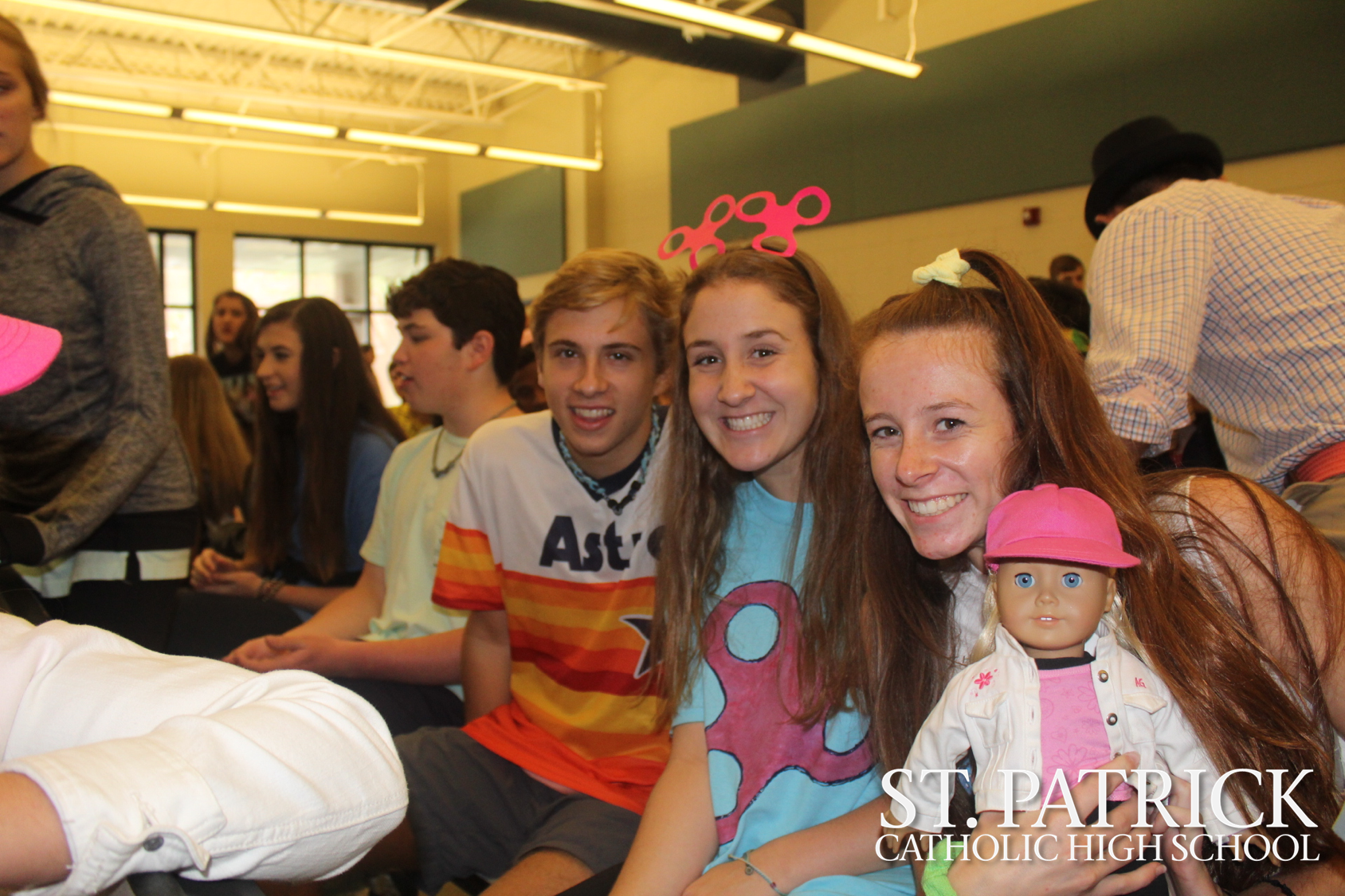 Tuesday morning of homecoming week, the entire school gathered in the cafeteria to watch the Saint Patrick Catholic High version of the “American Idol” television show. It is best known to students, alumni, and staff as the annual Irish Idol competition. A talent competition for students in grades 7th through 12th, Irish Idol is an eagerly awaited tradition of homecoming week. Students were able to show off their many talents, some hidden and some not so hidden. Admission to the event was two dollars a ticket and was worth the price.  The proceeds from this event are being donated by the student council to the hurricane relief efforts being conducted by our school. The Interact Club of Saint Patrick has also decided to match the amount raised by the event and donate it to the relief efforts. This simple fundraiser hopefully will make a difference in the lives of some of the storm victims.

The show started with the emcees, Shannon Kirkpatrick and Spencer Wingfield, welcoming everyone. They got the crowd excited for the acts that were to be performed.  To begin the show Mr. Buckley and Shannon Kirkpatrick told Laffy Taffy jokes to the crowd. This routine, set the stage for the show and was definitely a crowd favorite. The students who performed had some awesome talents that everyone loved. Some of the talents included singing, juggling, playing the piano, and lip-syncing. Everyone who attended definitely had a blast and eagerly look forward to next year’s Irish Idol.