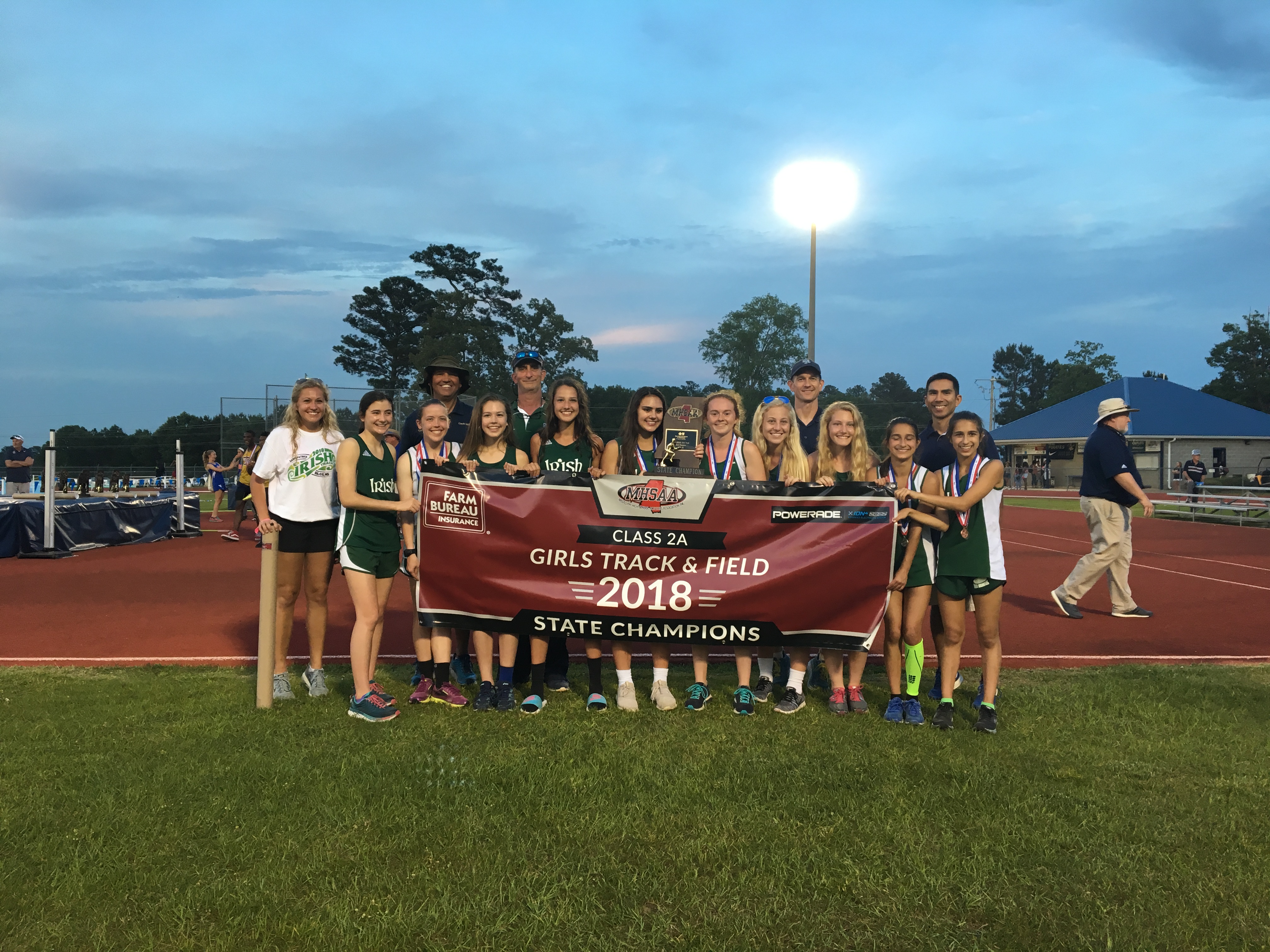 This past week, the boys and girls track team competed in the state championship. Both teams competed exceptionally well. Cade Myers qualified for three individual events, running the 800m, 1600m, and 3200m and scoring points for the Irish in each event. The relay team of Dylan Middleton, Cade Meyers, Dominic Patino, and Tyler Gerretse placed fifth overall in the 4X800m. Gabby Patino placed seventh in the 400m. Isabell Leatherman placed second in 800m, third in 1600m, and third in 3200m. Jordan Pete won first in 3200m with a time of 12:34. She also placed second in 1600m and fifth in 800m. Amelie Million placed fourth in 800m, fourth in 1600m, and seventh in 3200m.

Congratulations to all these athletes for their outstanding performance. Full results from the events can be found here. Go Irish!