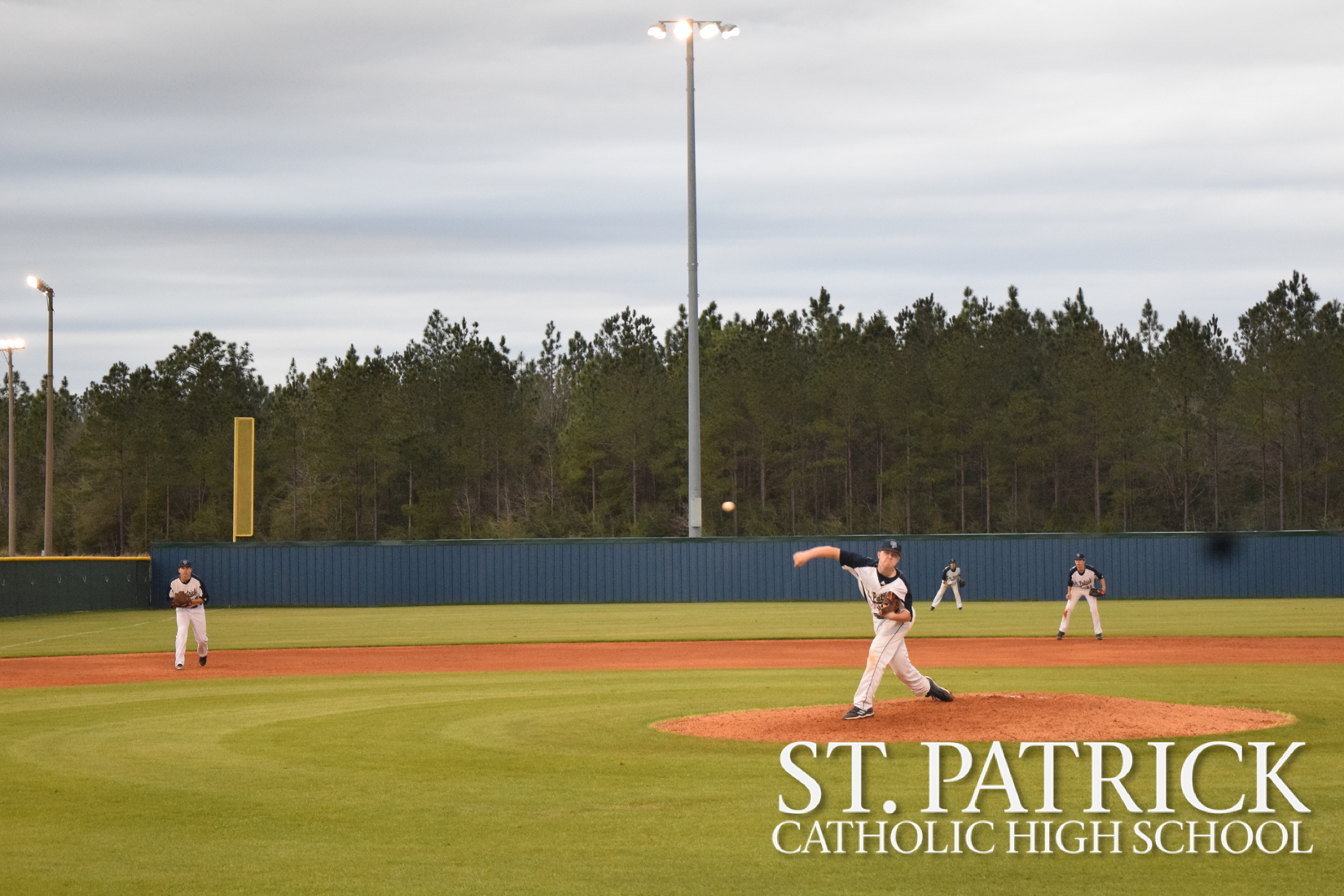 The Junior High baseball team faced off against Pass Christian on Wednesday, March 21st.  The Fighting Irish started off strong, but unfortunately fell three to one. The boys fought hard throughout the whole game, and did not quit until the game ended.  The game was well attended, by both parents and students. Both teams were filled with energy and kept the fans attention through the whole evening. The baseball team played hard throughout the whole season, and have been getting better and better.  Eighth grader and catcher, Blake Bratton, talks about the game, “We never gave up. It was a hard game, but we never stopped trying”. He puts it into perfect terms of the atmosphere of the game.