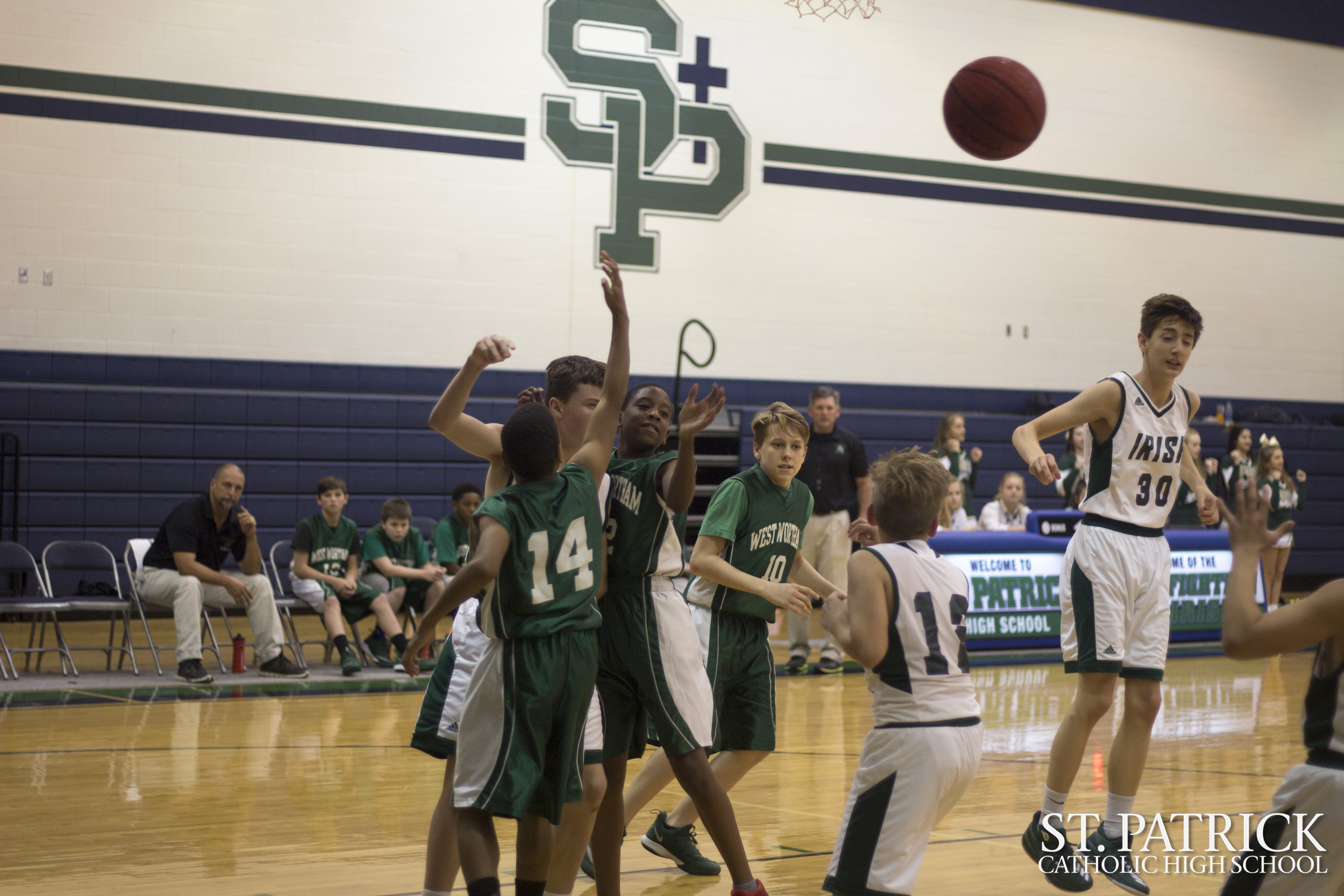 The Fighting Irish seventh and eighth-grade boys’ basketball teams competed against the West Wortham Middle School Wolfpack on Thursday, November 30, 2017. Both teams fought hard against the school, consistently keeping up with the opposing team and putting up a good fight. On the sidelines during the game, the junior high cheerleaders encouraged the boys with spirited cheers. They also performed a cheer for the crowd during halftime to keep the spectators pumped and prepared to root for the Fighting Irish. In the end, the eighth-grade boys achieved a well-deserved victory of 22-7, but the seventh-grade team unfortunately lost in the fourth quarter with a final score of 21-22. The seventh-grade team’s loss occurred with minutes to spare in the final quarter, resulting in a nail-biting end to an exciting game. In the eighth grade match, player Blake Gollott especially stood out from the rest, scoring twenty of the twenty-two points in the game. Despite one loss, both teams put up a tough fight and we are extremely proud of both of them. The boys’ next games will be Thursday, December 7, at Vancleave High School. The next junior high basketball games at home are on Monday, December 11, against North Woolmarket Middle School, with the seventh-grade contest at 5 p.m. and the eighth grade at 7. We invite all of you to come out and support the Fighting Irish at these games and hope to encourage both teams to achieve victories. Go Irish!