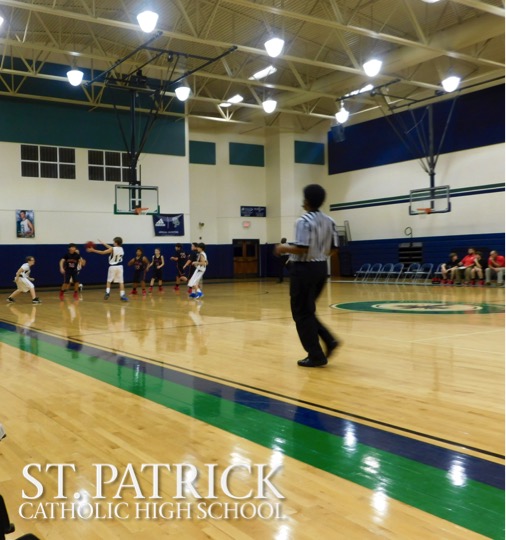 On Thursday, December 3, students, athletes, and parents all gathered at St. Patrick Catholic High School to enjoy three junior high basketball games against St. Stanislaus and OLA.  The eighth grade girls’ team smashed the Our Lady Academy Crescents with an impressive win.  The seventh and eighth grade boys’ teams both fought hard but lost despite their impressive efforts.

There was a nice sized crowd with students and parents there to support the Fighting Irish teams.  The eighth grade girls team played first instead of the seventh grade because Our Lady Academy doesn’t have a seventh grade girls team.  The Fighting Irish started out strong and immediately picked up a sizeable lead over the Crescents in the beginning of the game.  The girls were very good on defense and also accomplished some impressive baskets.  About halfway through the game, the score was already nineteen to five in favor of the Irish.  The ending score of the game was thirty-eight for the Irish and eight for Our Lady Academy.

There were some great moments of basketball exhibited by all of the junior high teams.  Make sure to go and support the Fighting Irish in their next junior high basketball games!