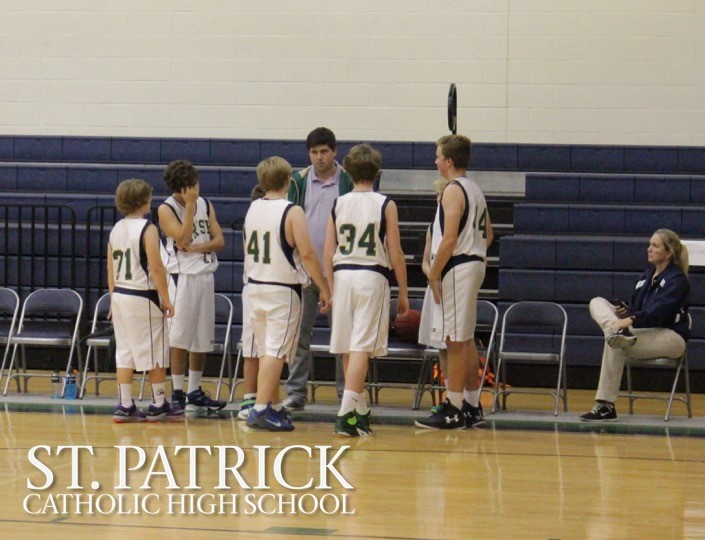 On Monday, November 9, the gym was filled with many fans to support all four St. Patrick Junior High basketball teams as they competed against Vancleave. The games were played by the girls’ and boys’ eighth and seventh grade teams.

The first game of the night started at four and was girls’ seventh grade team.  The team fought hard, and had a very exciting game, but ended in an 8 to 22 loss.  The second game was played by the seventh grade boys, which started at five.  The boys played a great game and improve a lot, but suffered a 16-30 loss.

All teams fought hard, but the eighth grade girls’ basketball was the only team to take a victory over Vancleave.  The game started at six and was definitely the most thrilling to watch, capturing the attention of the entire crowd and livening the energy of the entire gym.  The eighth grade girls started off the game with a good amount of points ahead, until Vancleave caught up in points and turned the game into a real nail-biter until the very last second of the game. The big game ended having a tie with little time remaining, until Ali Ware made two free throw, giving her team an edge over Vancleave that helped in the 20-18 win.

The last game was played by the eighth grade boys and was a great game high scoring game that kept fans watching, but ultimately ended with a 33-44 loss against Vancleave.

All the junior high teams played great games and the season looks promising for all teams.  Make sure to come support the junior high girls and boys at their next home game!