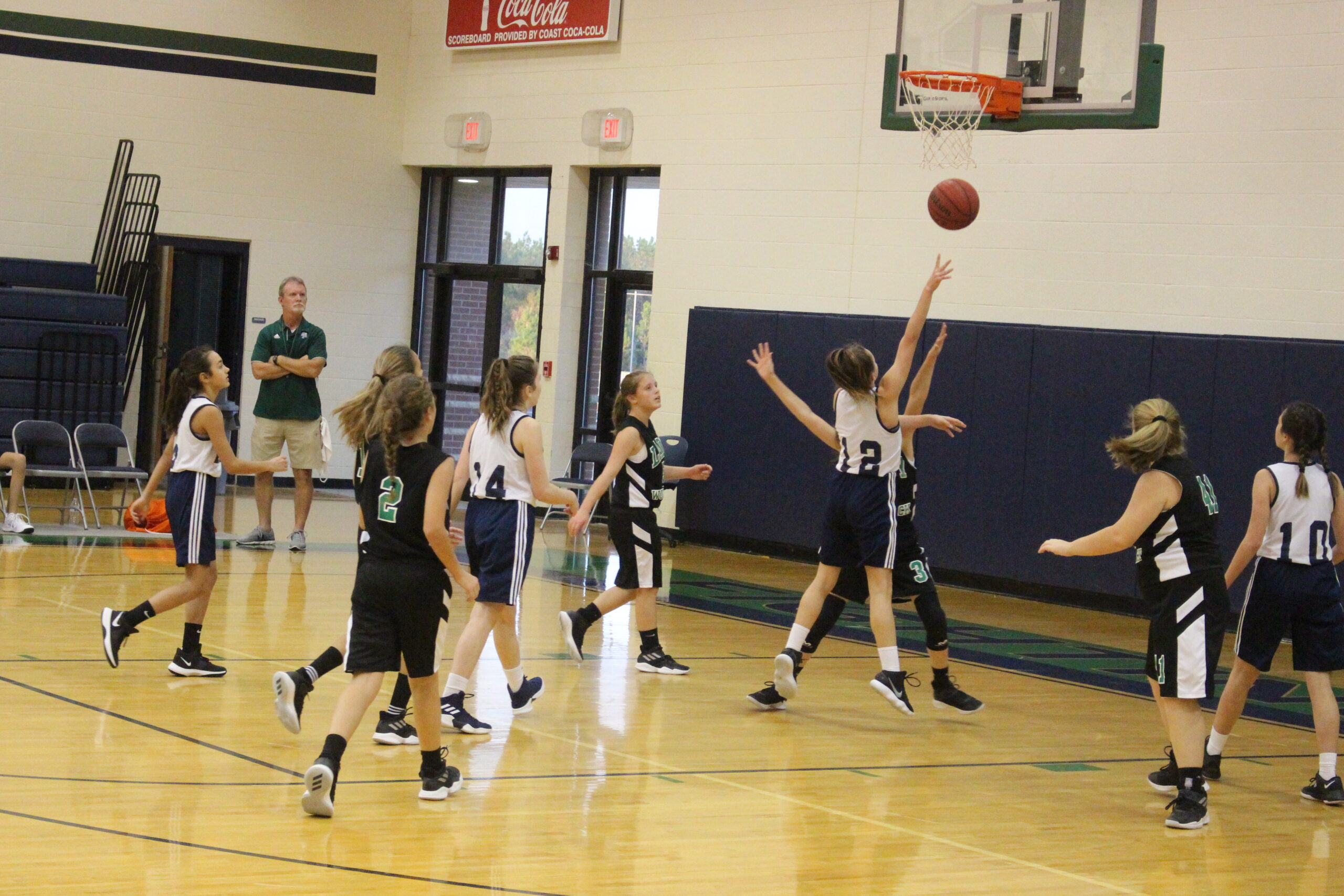 Girls Basketball Coach Dave Gaunce says, “The girls played with a great amount of energy on defense, which led to a lot of easy baskets on offense. All 16 players were able to see some playing time and all contributed to the victory.”

The seventh and eighth grade teams will face East Central later this week, and they hope to see a lot of fans cheering them on in the stands!

View photos from the game here.