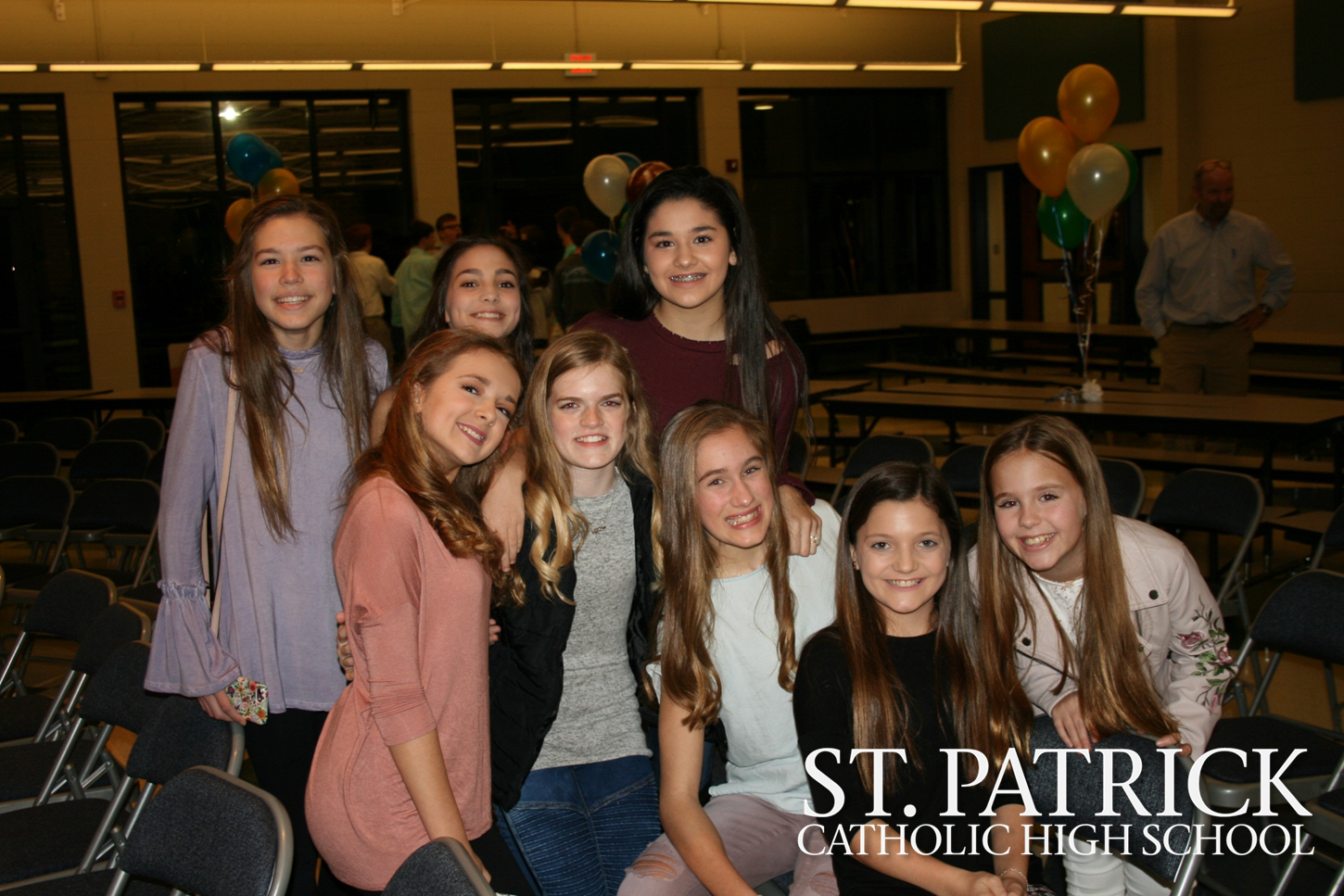 Wednesday, January 10th, the Junior High Football and Cheer team’s had their end of the season banquet. The night was filled with many memories and laughs from the team’s undefeated season(8-0). The night started with a Mexican buffet provided by the parents for the players and girls. The cheer team was then recognized by Coach Doug Petersen on all of their hard work for the team, and they each received a goodie bag on behalf of the whole football team. Next, each player was recognized for his achievements throughout the season, and received a bag that read “Undefeated, 2017”. The coaches then presented individual awards: Devin Murphy received the Most Improved Award, Charlie Olsen and Anthony Mattina received the Coaches Awards, Blake Gollott received the Iron Man Award, Hunter Lorenzo received the Lineman of the Year Award and the Irish Award, Kaleb Chatman received the Defensive Player of the Year Award, Nick Krass received the Offensive Player of the Year Award, and SrDrick Taylor received the MVP Award.

“I want to thank our coaches for their encouragement, because without them we couldn’t have ended the season undefeated! I had such a fun season with all of the boys, and I can’t wait for next year!” said quarterback Nick Krass.