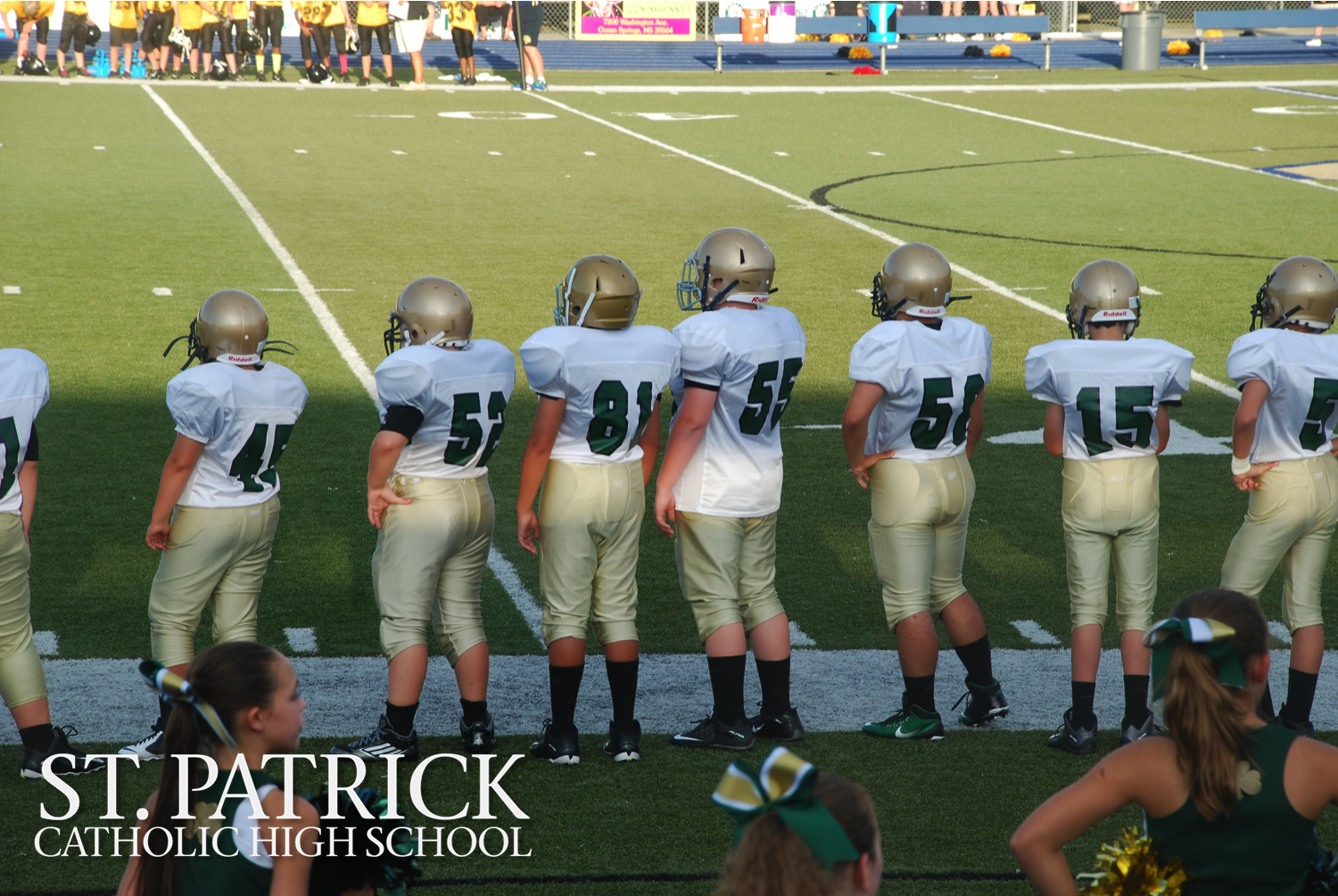 Last night, the junior high football team played against Runnelstown School from Petal, Mississippi.  The boys fought hard, but in the end were defeated. Even though the score was 0 to 28 in Runnelstown’s favor in the end, the Irish didn’t grow weary. The team played its hardest until the end. The Fighting Irish spirit kept the boys in the game and working hard until the end. Even with the loss the boys made many small victories. This makes for a promising year of improvement for the Irish boys.

In the second quarter, St. Patrick called a timeout at 4:04.  With just over a minute on the clock, Runnelstown passed an incomplete. Another incomplete was made by Runnelstown soon after.  St. Patrick made a first and 10 with 34 seconds left until halftime, and a second and 10 with just over twenty seconds left in the second quarter. The crowd was roaring and proud of the boys’ successes even at the end of the game.

The crowd also maintained a positive spirit thanks to the St Patrick Junior High cheerleaders. They did an outstanding job supporting their team throughout the whole game. The cheerleaders were happy to bring the boys some joy even when times were tough. Thanks to the cheerleaders for keeping the fans and the team’s spirits high!

Come out and support the St Patrick Junior High football team at their next game on Thursday, September 17, at 5:30 at South Forrest Attendance Center in Brooklyn, MS!