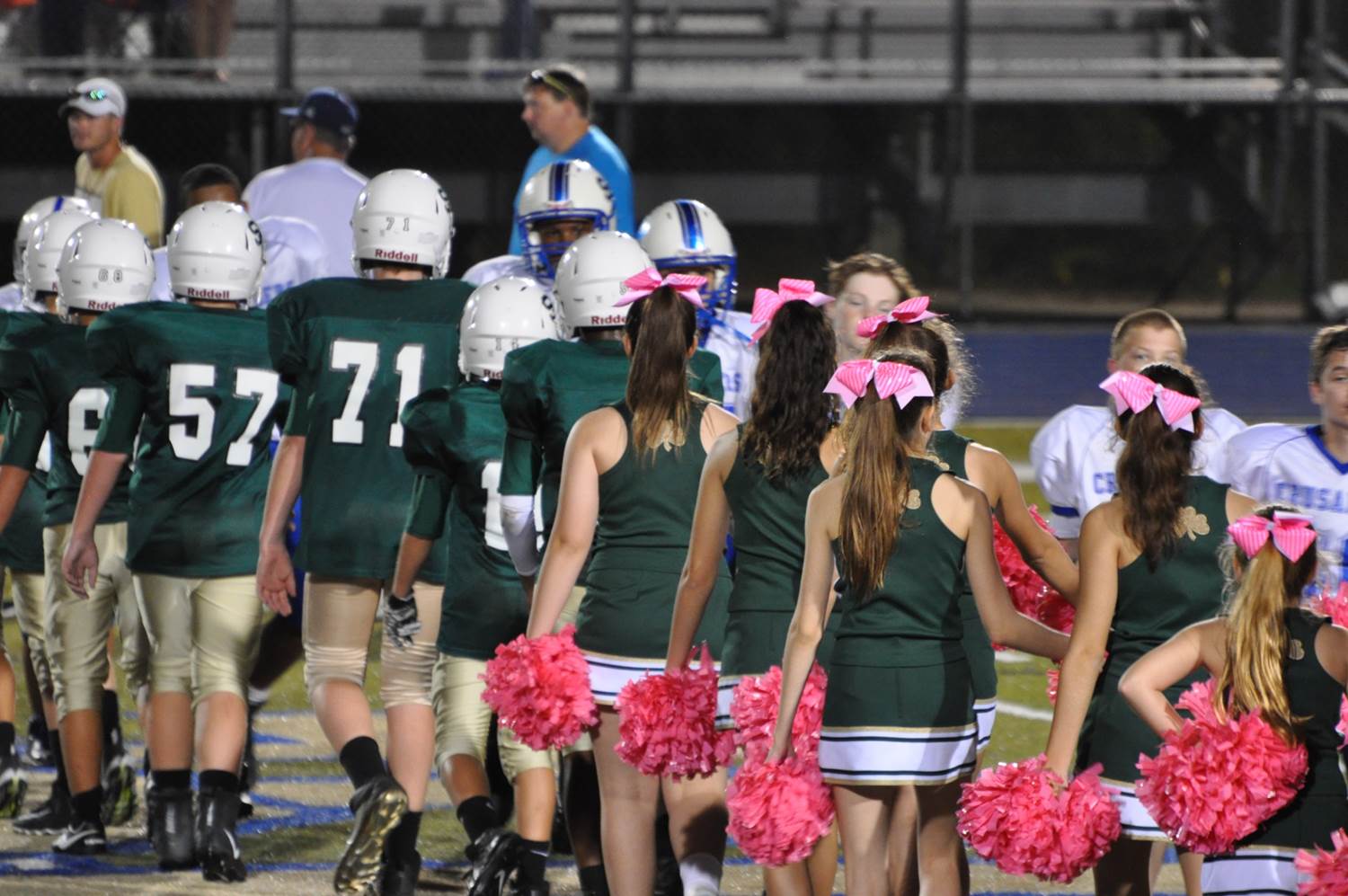 On Tuesday, the St. Patrick Junior High football team faced off at home against Sacred Heart for the Principal’s Cup title.  The Irish came out strong and had multiple interceptions by half time.  Both the Irish Junior High cheer team, as well as Sacred Heart’s cheer team, performed during half time.  Many came out to support the boys in this game.  The Irish took home the win for the second year in a row in the annual Principal’s Cup game.  They defended their title and continued their undefeated streak going on two seasons now.  A few Junior Varsity players also came out to cheer on and encourage the team.  The final score was a shut out.  The Irish won 41-0!  By the looks of it, there is so much potential on this Junior High team that we cannot wait to see what they will do when they move up.  Go Irish!