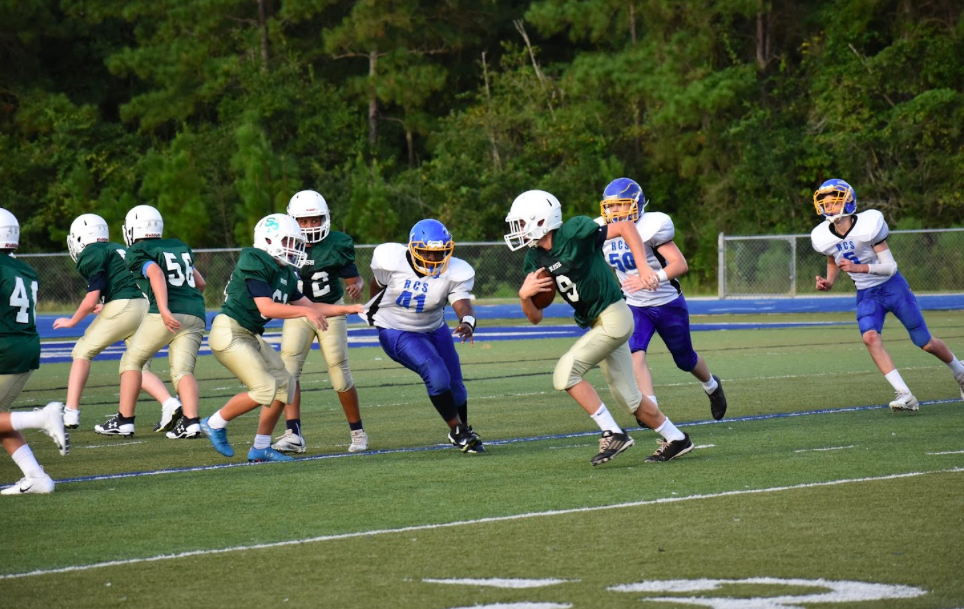 On Thursday, August 30, the Fighting Irish football team played Resurrection in their second game of the year. This competitive game started at 6 and lasted for a few hours. The game was exciting and quite equally matched on both sides. There were a lot of great passes and interceptions by our team, and there was a lot of hope with each quarter that passed. At half time, the score was 8-8 and the football players’ spirits were high. After halftime, the game started back up with both teams rejuvenated and ready to play hard again. The football team fought hard, but ended the night with a loss of 14-34.

Olivia Williams, an eighth-grade cheerleader, said, “The boys looked great out on the field! They played a very good game, and despite their loss, still have strong spirits. I can’t wait to cheer them on at all the coming games of the season.”

The players have been training hard since the summer, and continue to improve with each game they play. Throughout the whole game, the enthusiastic cheerleaders and fans kept the Fighting Irish spirit alive. With every play, there was yelling and cheering to keep the football players motivated. With every Irish touchdown, the fans and cheerleaders went wild with excitement. The game ended with a lot of elation and anticipation for the next game, which will be on September 6 against Purvis.