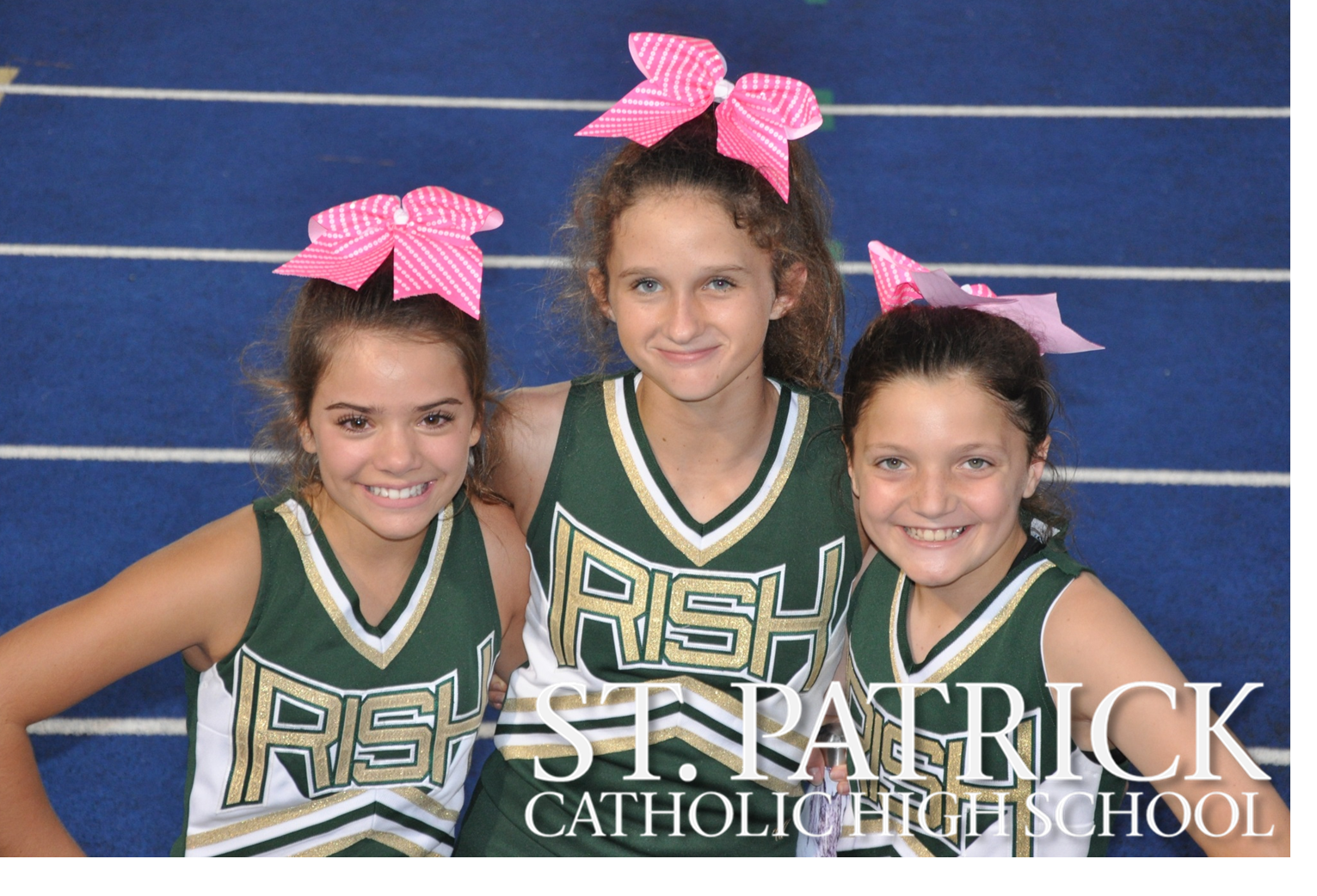 On Thursday, the St. Patrick Junior High football team took on Purvis Junior High at home for the last game of the season.  Getting so far into the season and still being undefeated, the boys were fired up and ready to take home another win.  Many parents and fans also came out for this last season game.  By halftime, the Irish were leading with a score of 26-0!  Not only were the fans ecstatic, but the cheerleaders who had been by the players sides all season also could not contain their excitement.  During the fourth quarter, Purvis came in with a single touchdown, but that would not be enough to beat the Fighting Irish.  The boys took home the last win of the season with a final score of 33-6.  After the celebration by players, coaches, cheerleaders, and fans, the concession stand gave away free popcorn to add to the excitement of the night.