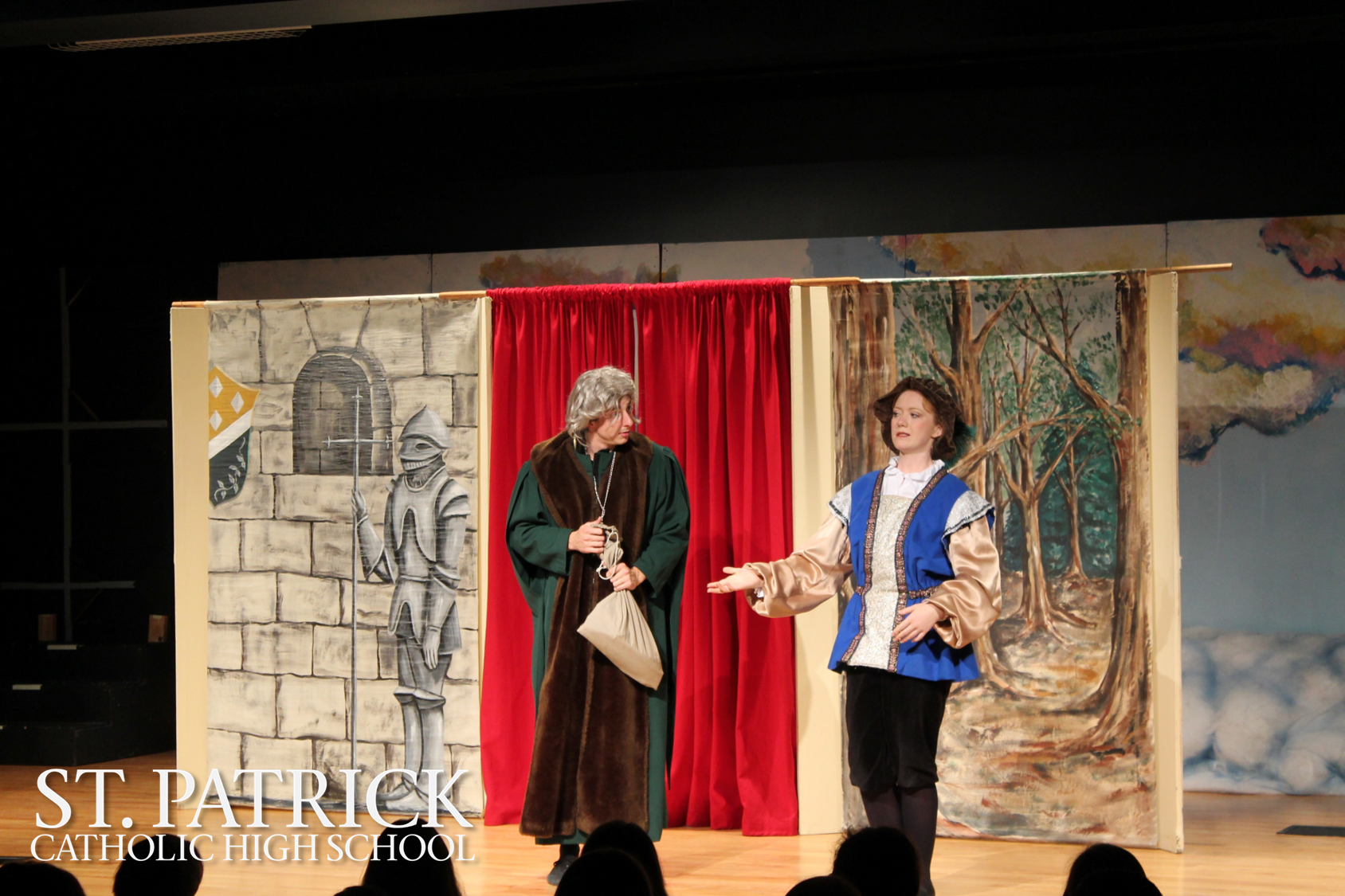 On Tuesday November 15, the Hampstead Stage Company preformed their original adaptation of The Prince and the Pauper for St. Patrick Catholic High School’s seventh and eighth grade classes.  Both classes were dismissed to the auditorium towards the beginning of the day where they were able to enjoy the two-person rendition of the play. This was the Hampstead Stage Company’s second performance at St. Patrick, their first being The Lion, The Witch, and The Wardrobe.

The Hampstead Stage Company was founded in 1983 and quickly became the nation’s largest educational touring company.  Each year the group chooses one play and adapts the script to fit a one hour time frame.  The play is performed by two actors, each playing multiple roles and contains elaborate costumes and set changes.  After the performance, a question and answer session takes place where the audience has the opportunity to discuss the rendition with the actors.

Eighth grade student Ali Ware stated, “It was crazy to me that two people were able to put on a quality hour performance like that!   It was so unique and funny; I am glad we had the opportunity to watch it.”

Not only were the students entertained by the comical script, but they were also able to learn more about the different aspects of theatre.  The two actors discussed the quick costume changes, resourceful set designs, and overall practice it took to complete the play.

On behalf of St. Patrick Catholic High School, we would like to thank the Hampstead Stage Company for a great performance!