Juniors take the PSAT this morning 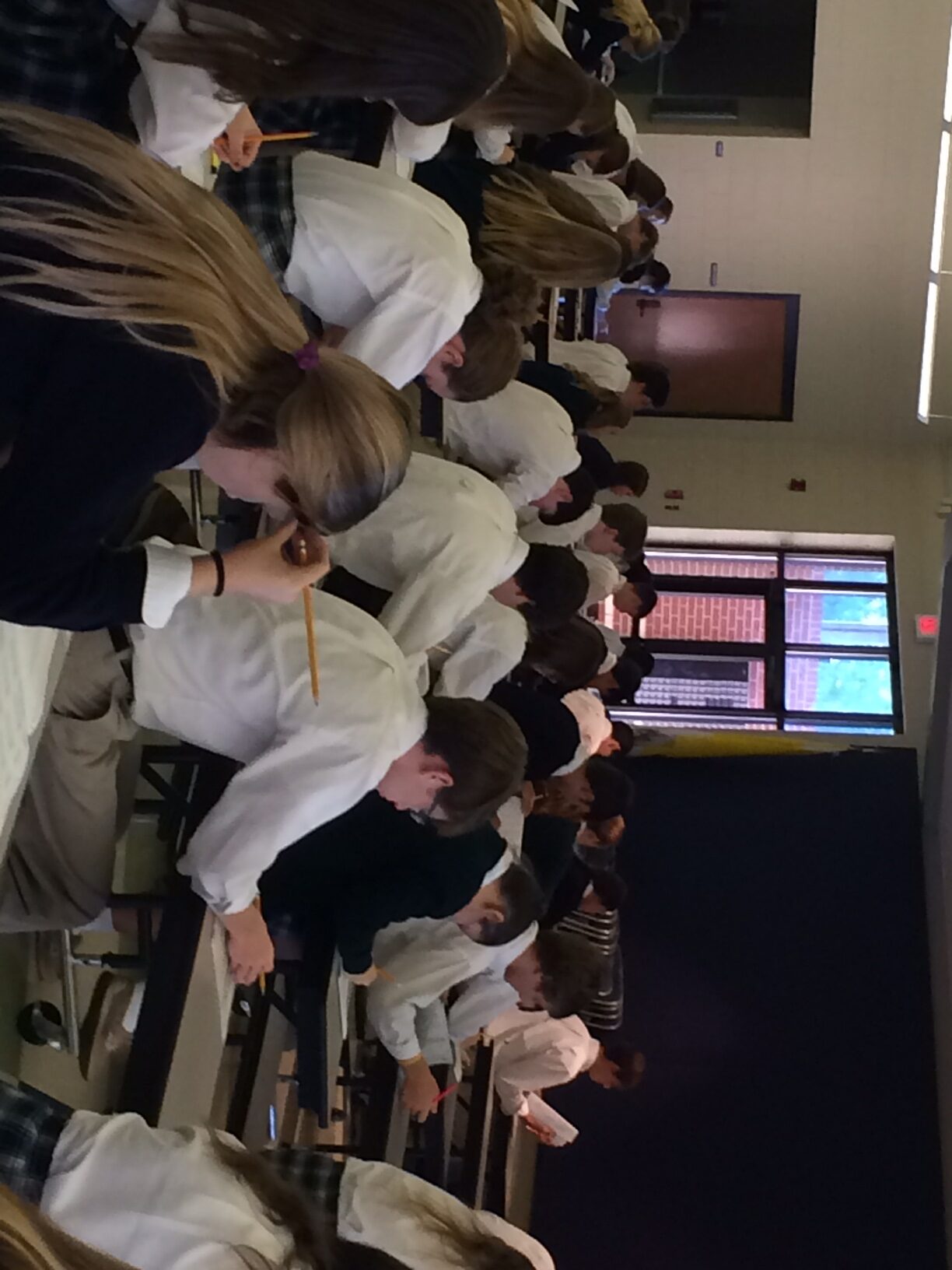 Juniors take the PSAT this morning

The “sharpened number two” pencils were in full effect today at St. Patrick as our entire junior class and a strong sampling of our sophomores took the PSAT.

The PSAT is the qualifying test designated for this year’s juniors to be considered for entry in the National Merit Scholarship competition of 2016. The sophomores taking the test were hoping to gain insight and to get practice for next year.

“I took it to try to get a general idea of what the test is like before I take it as a junior, when it counts,” said sophomore Evan Smith. When asked how he thought he did, Evan replied, “It was a little easier than I expected. I thought the ACT was more difficult.”

Junior, Stephen Clark, found that taking the test last year was a big help. “I think I did pretty well on it,” said Clark. “I believe taking it last year was very helpful.”

Guidance Counselor, Ms. Liz Wilkinson, recognizes the value of students performing well on the test. “St. Patrick has a strong tradition of producing National Merit Scholars. Last year, we had three students receive the honor, and in years past we’ve had as many as four. Doing well on this test can directly translate into scholarship money as well as consideration when applying to college,” said Wilkinson.