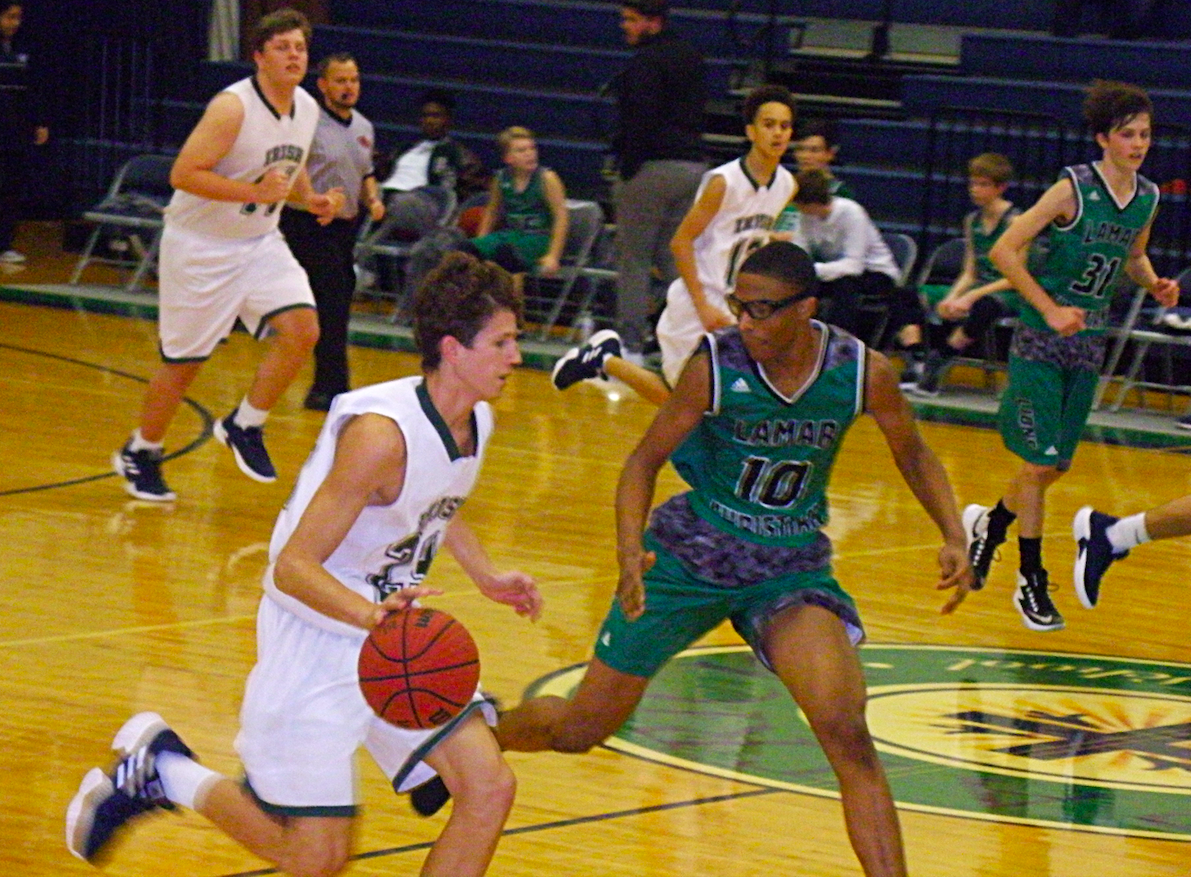 On Tuesday night, the Irish  junior varsity boys and varsity basketball teams faced off against Lamar Christian in an exciting set of three games. The junior varsity boys basketball team began the game with a display of vigor unparalleled. Fighting with distinction, they proved themselves to be very competent and their desire for victory was very clear. With a score of 23-11 at the half, the Irish led by a score double that of their opponents. After a brief respite in the locker room, they retook the court to finish off Lamar Christian with a final score of 48-23. The hard-fought win was well deserved. It wasn’t long before the varsity Irish girls team took the court, with the hope to improve upon their predecessors.

This did not appear to be the case as the game began, with the Irish pushed to the defense for several minutes at a time. However, the Irish rallied in the second quarter, and by the end of the half, the Irish trailed Lamar Christian 21-28. The effort put in by the Irish was not enough to achieve victory, however, and the game ended with a final score of 31-54.

Finally, it was the varsity boys’ time to compete. The bleachers filled up in anticipation for the final game. Bathroom breaks were taken, snacks were bought, all as the scoreboard counted down. Finally, the game began and it did not disappoint. Number 3 Holden Hewes gave an admirable performance, with an almost consecutive series of four 3-pointers. The Irish held back Lamar Christian 31-20 at halftime. When they returned from the locker room, their fight had not diminished whatsoever and they ended the game with a final score of 62-46, a resounding victory for the Irish.

Senior Drayden Baldwin stated, “It was a riveting game filled with twists and turns, but in the end, we secured the victory.” A truer statement could not be found. The games were captivating, and each exhibited a different side and style of the Irish. But, what they all had in common, was the desire for victory, and they displayed this in three outstanding performances of talent and practice.

Photos of games can be viewed here.