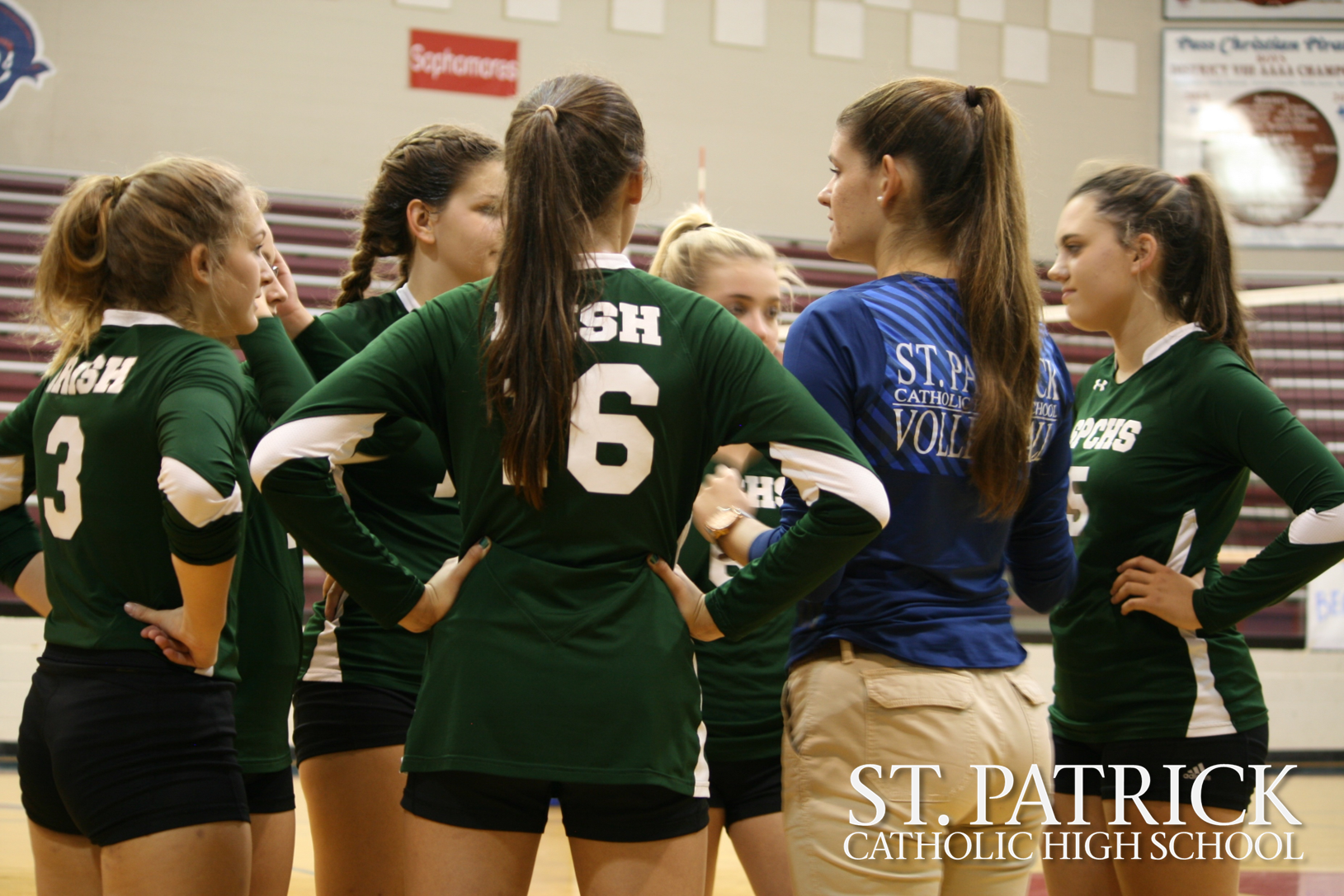 On Tuesday, August 22, the JV volleyball team traveled to Bay High for their first away game. The girls played a hard fought game but unfortunately didn’t pull out the win. They lost the first set 19-25 and the second set 16-25. Setters Kelsey Descher and Annie Broussard helped aid the hitters in getting the kills. The hitters, Leila Ransonet, Camille Seghers, and Hope Williams helped the girls earn those points. Anne Simmons and Laney Barton played a big role in the defense, keeping the girls in rotation. Kelsey had this comment about the game, “I think all of the girls work great together and have become a great team who inspires and motivates all of the others. No matter what the score is, we continue to play like we are winning the championship game.”

On Thursday, August 24, the girls traveled to Pass Christian for another hard fought game. The girls were pumped as they warmed up for their second away game of the season. Again, they weren’t able to pull out the win, but they were very close to it. The first set, the score was 24-26, which is the closest they have been to winning all season. The score of the second set, not as glamorous, was 9-25. Each one of the girls played their heart out, staying determined the whole game. This game they were missing Laney Barton, so Lizzie Simmons played with them. Lizzie helped keep everyone’s energy up, which gave the girls, even more, determination to win. Annie had this to say, “I love seeing the improvements made each week and hope that we continue and become the amazing team I know we are. I know how strong the bond is between my teammates and I, on and off the court, and hope that it continues to grow!”