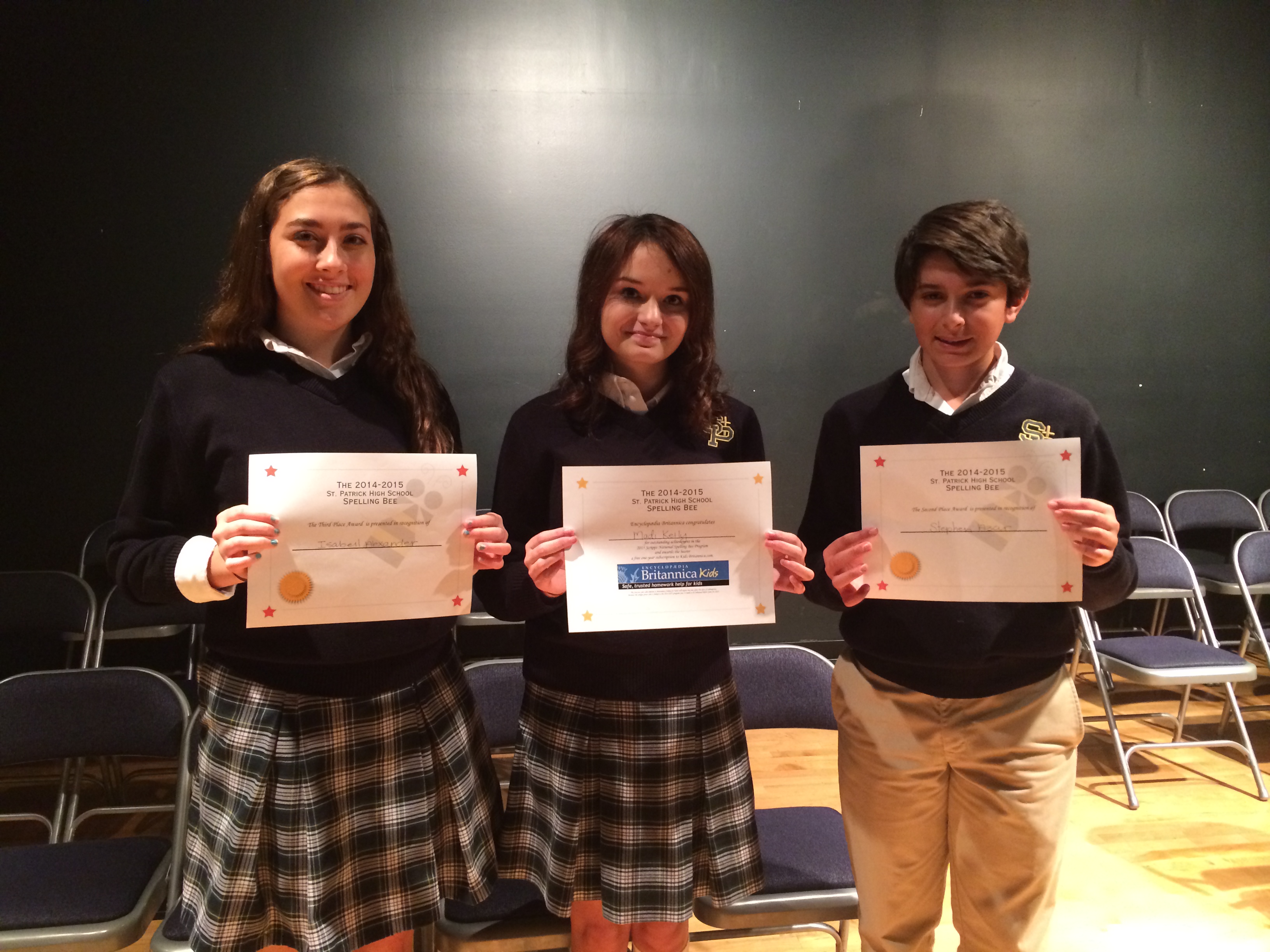 The annual St. Patrick Catholic High School Spelling Bee was held on Tuesday, January 6, in the school auditorium. Sixty seventh and eighth graders participated in the event, and Mrs. Ladner, Mrs. Victoria Williams, and Mr. Prindiville were judges with Mrs. Buckley as the official pronouncer.  Isabell Alexander took third place, and, after a close spelling battle, Stephen Azar was awarded second place and Madi Kelly won first place with the winning word “cryonics.” Madi, who will advance to the regional spelling bee, was awarded a year-subscription to the online Encyclopedia Britannica, and all three young people will be given spelling bee trophies at the end-of-the-year award program. Congratulations to all those who participated!