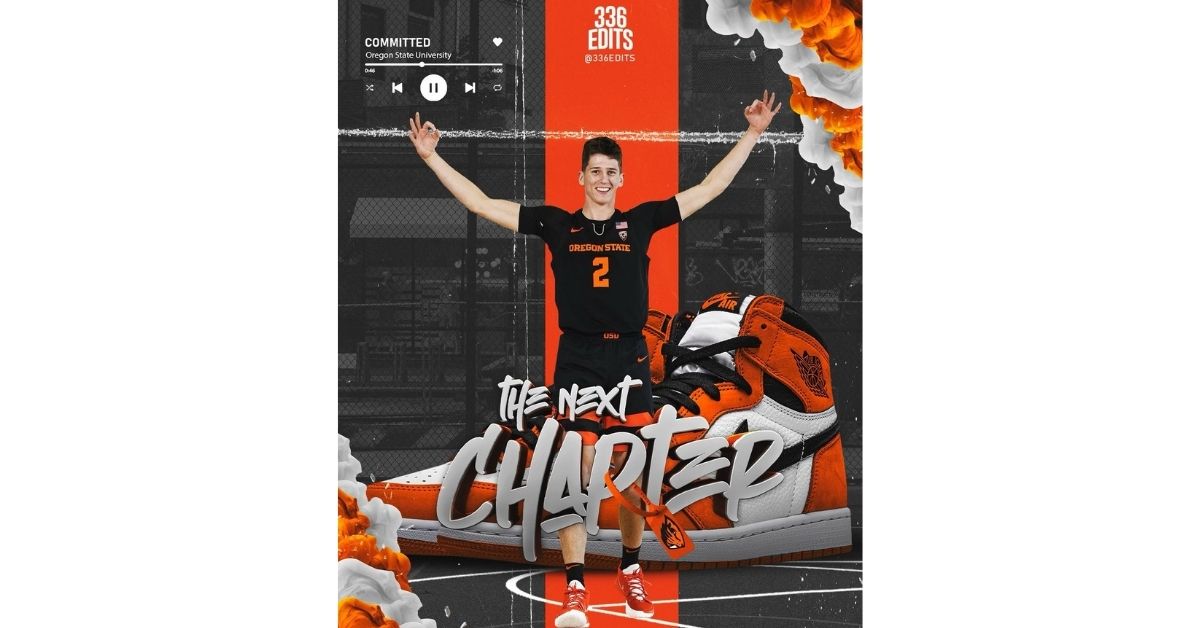 BILOXI, Miss.- St. Patrick Catholic High School is proud to announce that Nick Krass ’22 has committed to Oregon State University to play basketball. Krass has been playing basketball for the Fighting Irish since he started in seventh grade. During the 2021-2022 season, Krass had an average of 23 points, 6.3 rebounds, 4 assists, and 3.3 steals per game.

“Nick is the perfect example of a role model,” Head Basketball Coach Keith Robinson said. “His work ethic and attitude are a big part of his character. He was a team leader for our program the last three years. Oregon State is getting a great person, student, and a terrific basketball player.”

Krass was approached by Oregon State by head coach is Wayne Tinkle after his named was passed around by a few head coaches. He was then flown up to Oregon where he was able to tour the campus, meet the coaches and players and have academic meetings. He then committed to become a Beaver.

“I am very excited because they have such an unbelievable coaching staff,” Nick Krass said. “The Beavers and players really felt like a family. Even though it’s far from home it does not feel far from home. To me it feels like the right fit.”

“We are very proud of Nick, and are excited to see him continue to develop in the game of basketball,” Athletic Director Trey Bailey said. “He is an outstanding young man, and I have no doubt he will continue on his path of success as a student athlete at Oregon State University.”