Lady Irish complete the week with a perfect record 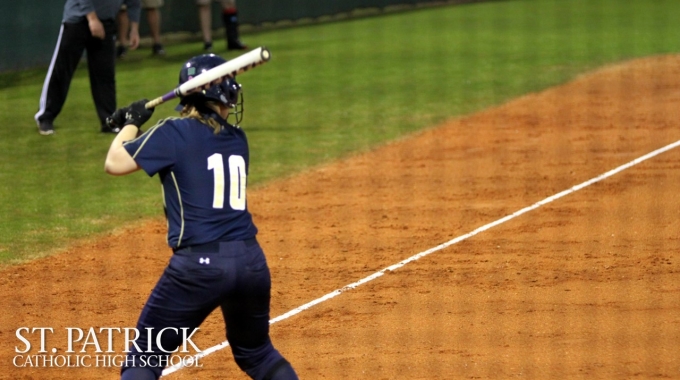 Lady Irish complete the week with a perfect record

The Lady Irish finished the week with a perfect 4-0 record. The Irish beat Petal Thursday night 15-6. Raven Blackwell, Kirsten Walters, Olivia Allen, and Raylen Blackwell all homered as the Irish scored 13 runs in the first three innings. Morgan Redmond was the winning pitcher.

Saturday the Lady Irish played in the Harrison Central tournament, first up was D’Iberville. The ladies scored eight runs in the top of the second inning when Anna Grace Castanedo and Morgan McCrea singled, and Emma Castanedo doubled them in. It didn’t stop there as Elizabeth Zorich singled and Marissa Hanley doubled  to led the offense attack. That would be plenty for the Lady Irish as Morgan Redmond threw the complete game striking out four and allowing only 4 hits.

The second game saw the Irish take on Ocean Springs. The Irish scored 3 runs in the third and fifth innings as Marissa Hanley had a perfect game at the plate going 3-3 with two RBI’s. Anna D’Aquilla threw a complete game shutout only allowing 4 hits threw the complete game. Irish won 7-0.

The Lady Irish improve to 6-0 on the season and take on the #1 team in the state Friday night against Neshoba Central at 6pm.  Then, we will play St Martin at 8pm. Thank you to all the students and faculty that came out this week to support our team.