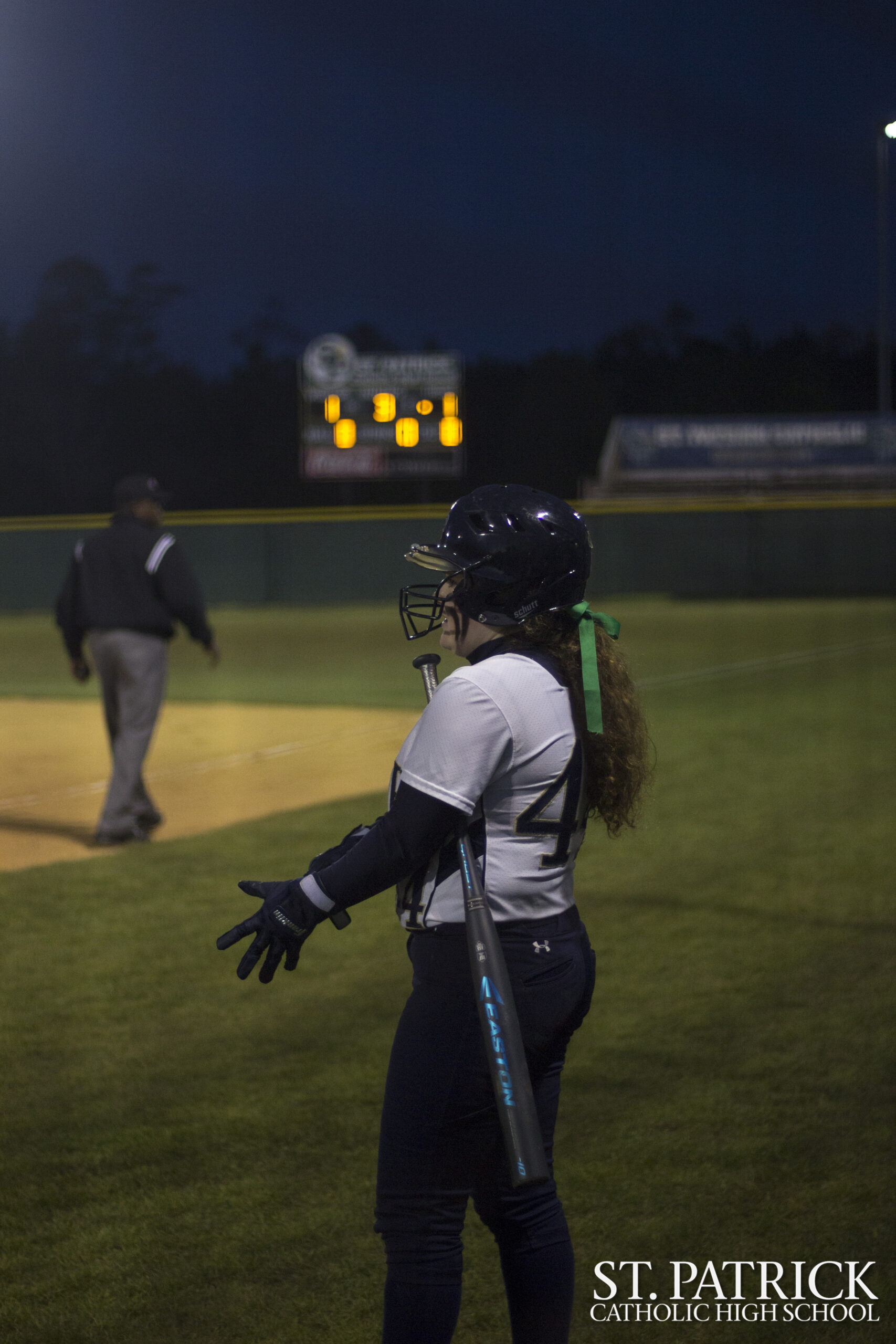 On Thursday, March 15, the Lady Irish softball teams played Perry Central in their first district game. Though the junior varsity team was defeated with a final score of 5-6, the varsity team came out on top with a 9-2 victory. The win was secured despite Perry Central’s early lead in the first inning. In this game, the Lady Irish varsity stats included two home runs by Raven Blackwell and Sarah D’Aquilla, a total of eleven hits, and 12 strikeouts from pitcher Anna D’Aquilla. Other key players in the game included Raven Blackwell, Raylen Blackwell, and Anna Grace Castanedo. Each, including D’Aquilla, collected two hits to help secure the victory for the Irish and move them closer to another state title. To support the girls, the crowd loudly encouraged them despite the chilly temperature. Congratulations, girls, on the victory!

As the team’s district games begin to unfold, make sure to support the Lady Irish! Winning these games is vital, as doing so determines if they make it to the state championship. Their next home game is this upcoming Tuesday, March 20. The junior varsity and varsity games begin at 5:30 p.m. and 7 p.m., respectively. Come out and support the Lady Irish and help them continue to make their way to the state championship! Go Irish!