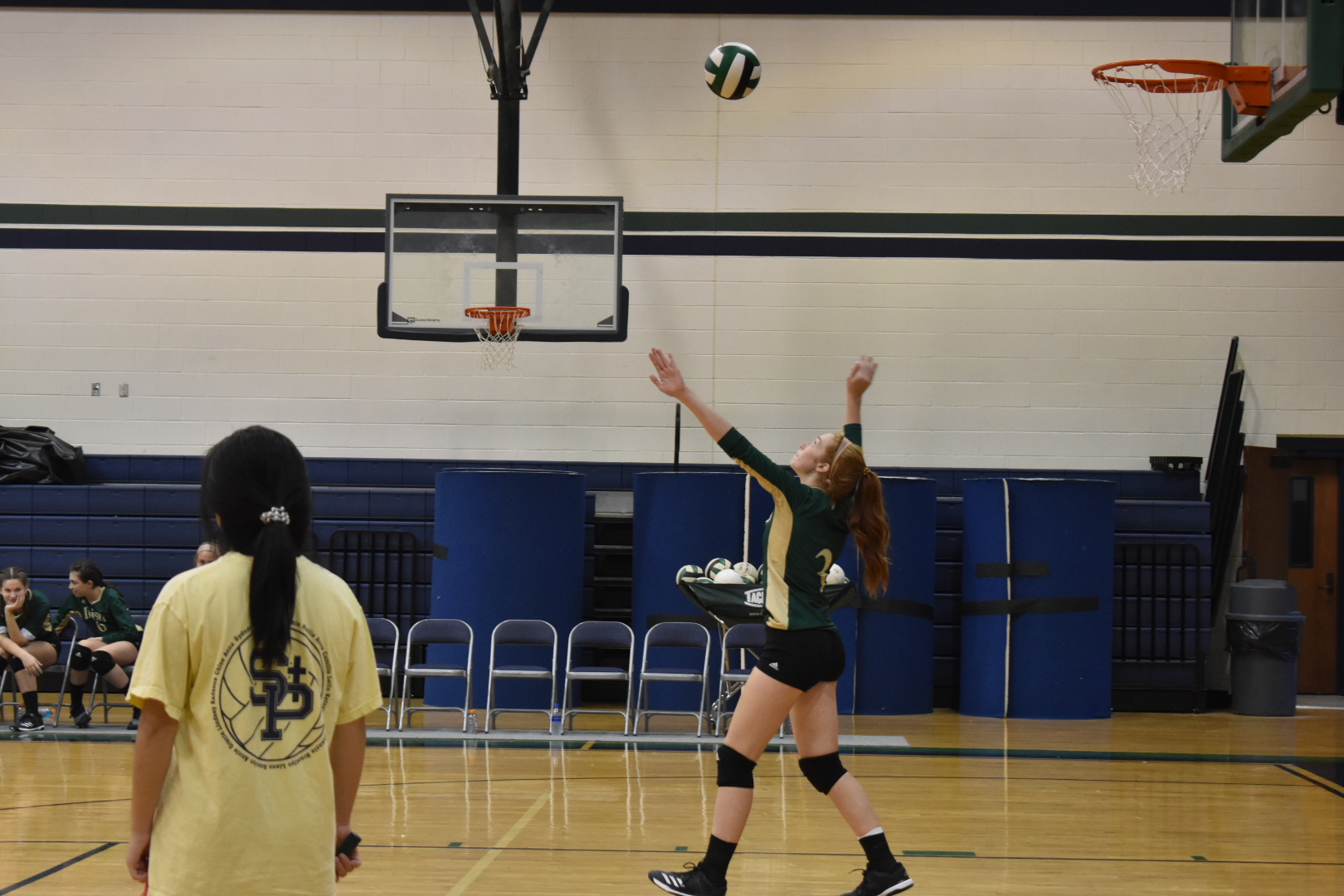 The St. Patrick Catholic High School Varsity Volleyball Team competed against Sacred Heart from Hattiesburg last Tuesday night at home. It was a very hard-fought game, and last Tuesday’s event marks the second time the teams have played each other.

St. Patrick lost the first game played at Sacred Heart earlier in the season, but they won last Tuesday on our home court. The Fighting Irish pulled through on the first and third sets, and the Crusaders owned the second and fourth sets. In the fifth game, St. Patrick quickly got to 15 points and won the game. The girls had multiple kills, aces, and strategically played volleys. It was a great and joyous victory that had everyone in the crowd on their feet. Sadly, the Junior Varsity Fighting Irish lost their game, but the girls tried their hardest against the Crusaders.

“This was a really great game. My team and I fought really hard for this win and I couldn’t be anymore proud of all of us. The sets were back and forth, but we pulled through and won the game! Tuesday night’s game had everyone on their toes and everyone was very excited on and off the court!” – Hallie Ladner, SPCHS Junior

“The home game against Sacred Heart was full of energy and hard work. All of our dedication really shined through tonight. We were persistent and communicated very well. I am very proud of my team tonight, and I can’t wait to finish the season with more wins!” – Makenzie Stenum, SPCHS Junior