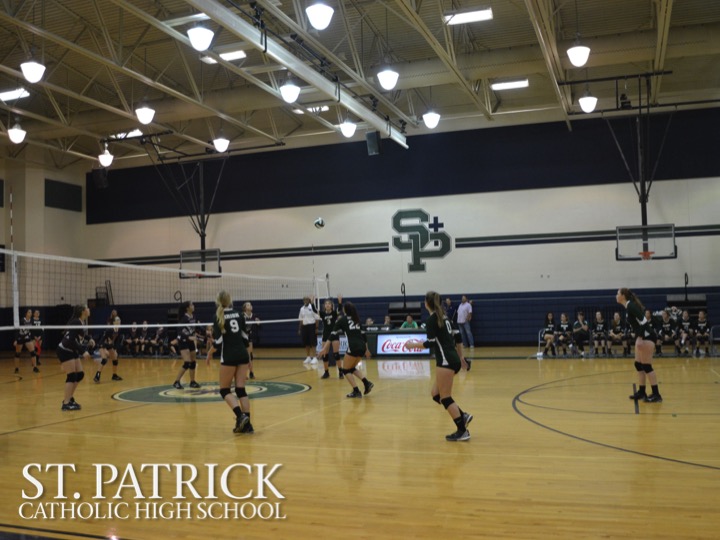 Tuesday night, the Lady Irish varsity volleyball team competed in a riveting match against Long Beach High School. Many people including parents, teachers, and students came out to support and watch the team, cheering on the girls as they fought hard for a win.

Starting off the first set, the Lady Irish led with a score of 3-7. After several long volleys keeping the game at a tie, Long Beach just barely scraped by with a victory, ending with a score of 23-25. Going into the second set, Long Beach continued to fight and led 14-18 until junior Shannon Kirkpatrick made an amazing 8 service points and brought us to a win, 20-25.

After Long Beach finished the third set with another win, 15-25, the fourth and final set kept spectators on the edge of their seats as they waited to see which team would be victorious. At the start of the game, the Lady Irish were down by quite a few points but then they started to fight their way back up to the top, play by play. The last few minutes of the game were extremely intense as the Lady Irish caught up to Long Beach one point at a time. In the end, the final score was 22-25, with Long Beach holding their lead despite the amazing efforts put forth by the Irish.

The Lady Irish played an amazing game and showed that they are determined and will have a very exciting rest of the season. The next challenge for the Lady Irish will be when they face Pass Christian at Pass Christian High School Thursday, August 25 at 5:30. Be sure to come out and support the team!