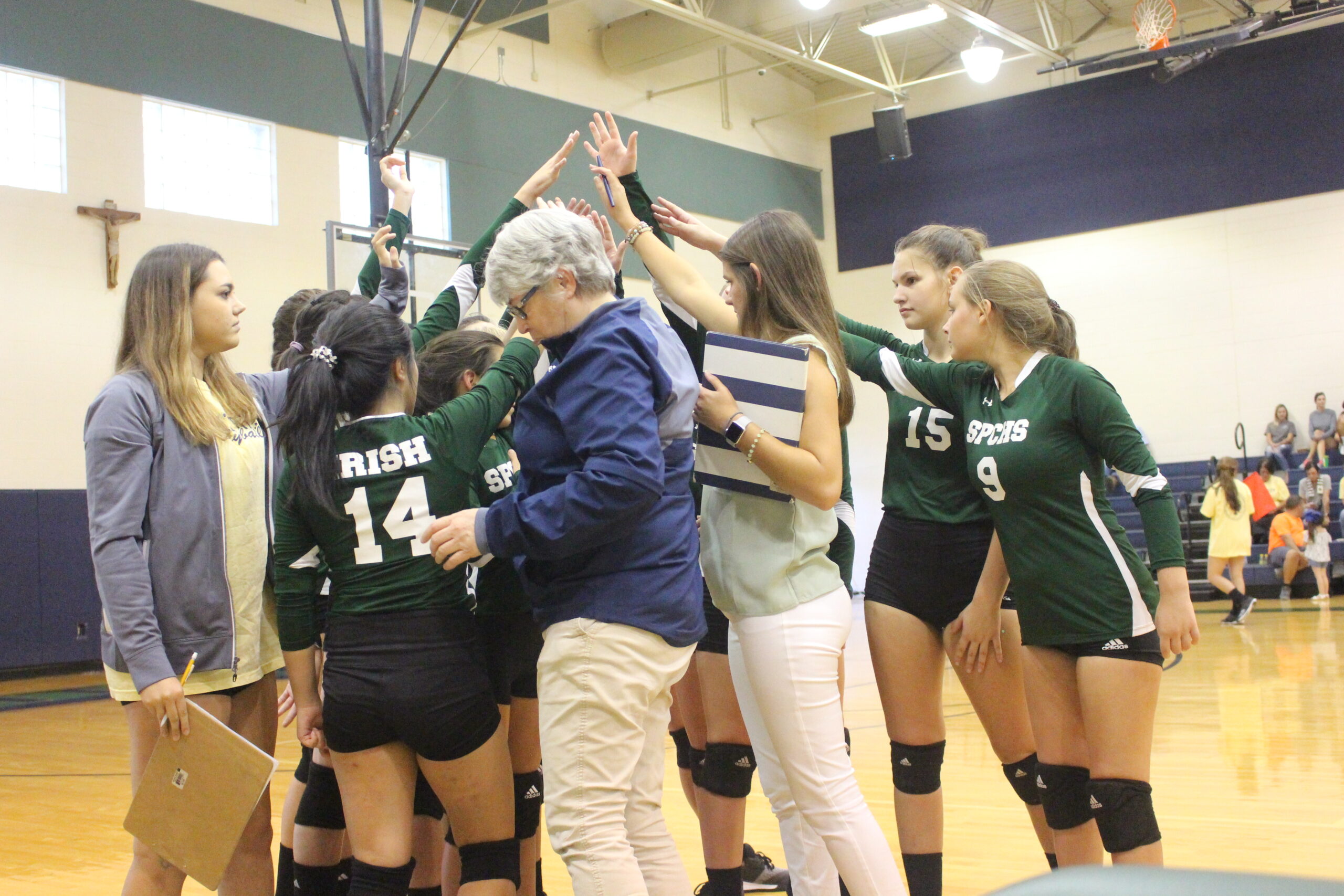 On Tuesday, August 28, the Fighting Irish Volleyball Team competed against the George County Rebels! The junior varsity team won all three of their sets.

Assistant Coach Lindsey Hoye said, “I am very proud of the junior varsity  girls. I think it is safe to say that this is the best they’ve ever played yet!”

Junior varsity and varsity traveled to Lumberton to play on Thursday, August 30, and JV won in two games while varsity won in three games. Makenzie Stenum, 27 aces, and Hope Williams, 20 aces, led the way for the Irish with Hallie Ladner adding 11 kills.

The next home game is September 4 starting at 5:30. The girls will be playing against Our Lady Academy, so come out and support your Fighting Irish junior varsity and varsity volleyball teams!