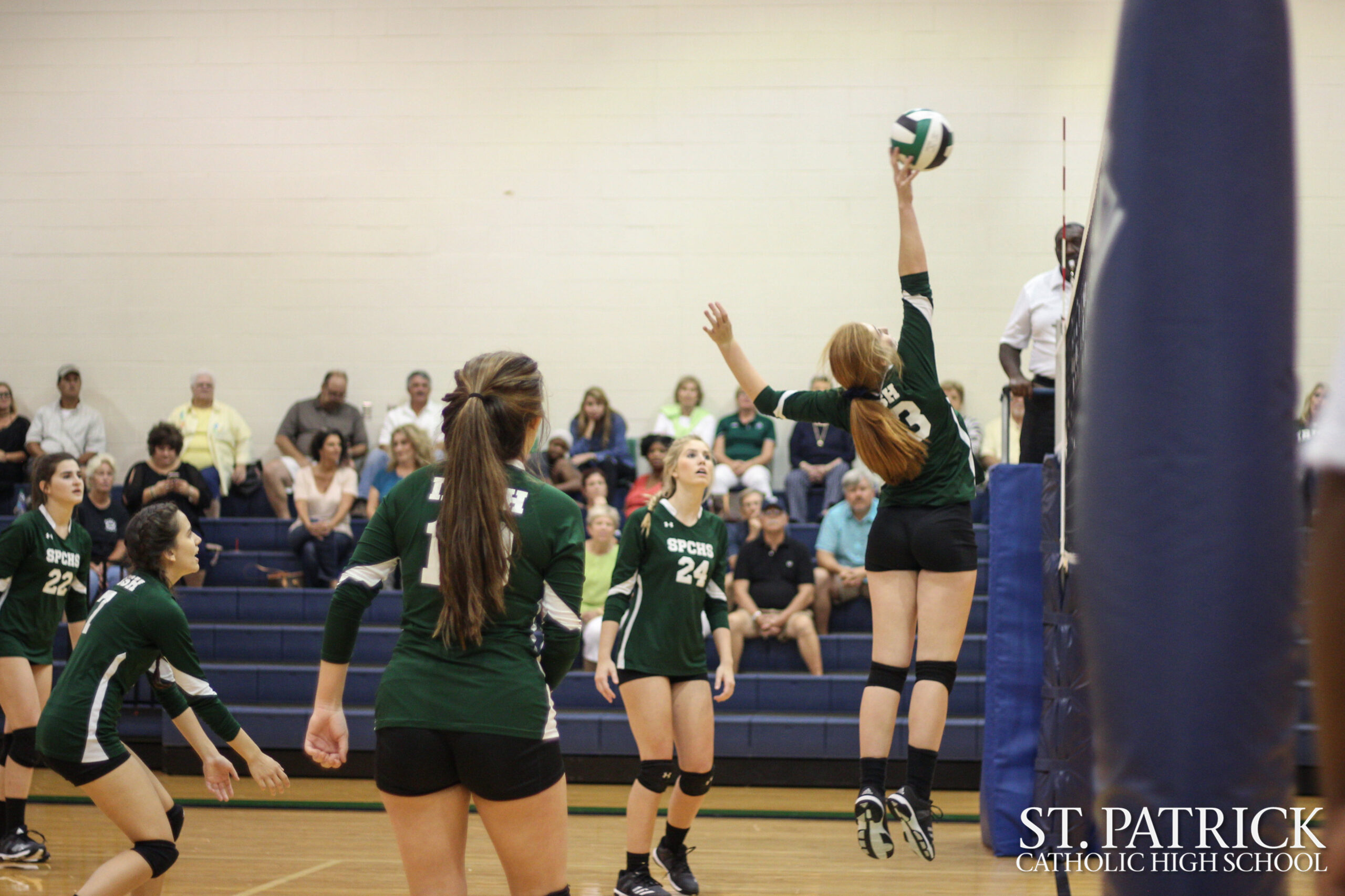 On Thursday, August 31st, the Saint Patrick Lady Irish volleyball team played against Lumberton at home. After a week filled with grueling practices and hard work, both the junior varsity and varsity teams defeated the opposing team in not only both of their games but also all of the sets within those games. This was the Lady Irish volleyball team’s first win of the season, which also happened to be their first district game. Key players of the game are as follows: Number 7, Raven Gonsoulin, had 19 aces; Number 13, Carly Loftis, had 3 aces; Number 21, Sydney Biggs, had 10 aces and 3 kills; Number 23, Makenzie Stenum, had 9 kills; and Number 24, Hallie Ladner, had 2 aces and 4 kills. The team worked hard to ensure that their first district game ended in a win, running a multitude of suicides at practice this week as well as practicing intense drills before the game. The team could barely contain their excitement after the victory, jumping up and down and cheering after the final whistle blow. Libero Adesyn Hall was especially excited about the team’s first win. “It was a sign of relief,” sad Hall. “We work hard and try our hardest so it felt amazing to win and have that excitement.” The effort and hard work from both the junior varsity and varsity teams was clearly reflected in the team’s victory. The team’s next home game will be against Sacred Heart on Thursday, September 7th. The junior varsity game begins at 5:30, and the varsity game immediately follows. Congratulations girls on the hard work!