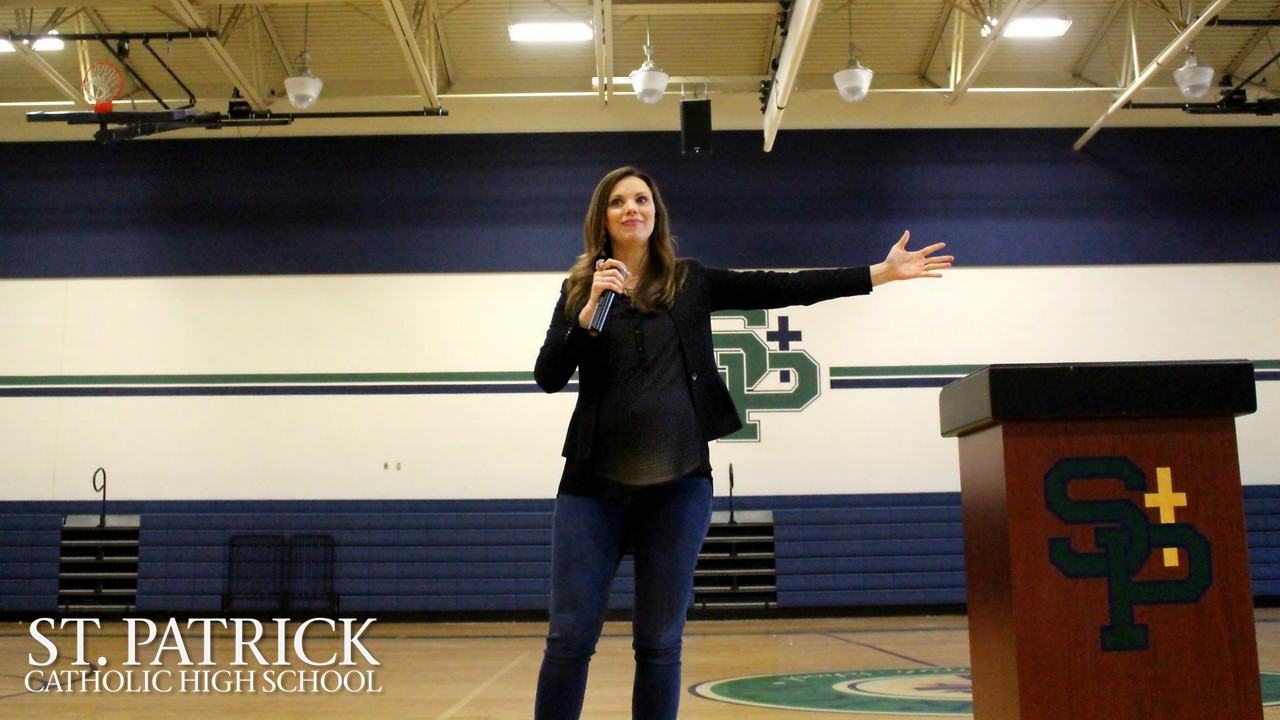 St. Patrick students were brought into the gym to listen to Darrow talk about the importance and positivity of chastity.  At first everyone seemed hesitant to hear another chastity talk; after all, chastity talks almost always come across as awkward and uncomfortable.  It quickly became apparent when Darrow began to speak that her chastity talk would become the exception to the stereotypical awkwardness.

Darrow detailed the events that led to her spiritual conversion.  As a contestant on America’s Next Top Model cycle three, Darrow looked to have a promising career as a model in New York, but then she realized something.  Darrow realized she was made to do something greater.

Her discovery of authentic love has led to her transforming from top model to role model.  She has traveled the country to promote authentic love by telling people that they are made for more than this broken world.  St. Patrick campus minister Andrew Lechner said, “Her talk was very inspiring despite all that had affected her.  I think she really made an impact on the student body.”

Currently, Darrow is expecting her third child with her husband Ricky, a Mississippi native.  She tours the country to speak to teenagers and adults about chastity and authentic love at schools, churches, religious conventions, and pro-life rallies.