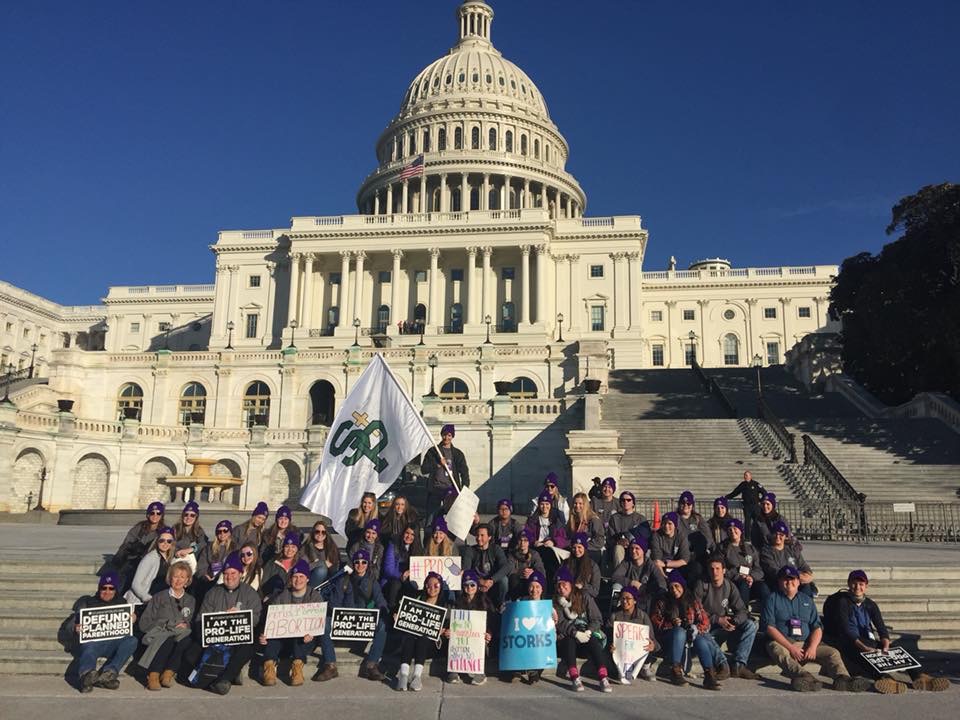 On Wednesday January seventeenth, forty-one students and five adults left the St. Patrick parking lot at 7 P.M. They embarked on a sixteen hour journey to Washington D.C., where they were participating in the March for Life. When the bus arrived in northern Virginia the students visited Arlington National Cemetery where they were able to watch the changing of the guard at the tomb of the unknown soldier. From Arlington they were checked into their hotel and off to the Life Is Very Good rally. During the rally there were speakers including Sister Miriam Heidland, praise and worship music, confession, and adoration. Proceeding the rally the Diocese of Biloxi held mass at the hotel with the largest group of young people they had ever taken. Friday morning the students woke up, had breakfast and went to mass. After mass, they headed to the March for Life, at the march, the President, Vice President, and many members of congress spoke to the crowd of people that were there. The students said one decade of the rosary led by senior Matthew Bisner. The students came back home Saturday evening, stopping to hold mass at St. Joseph’s in Virginia. They arrived back to school safely on Sunday around 10 A.M.