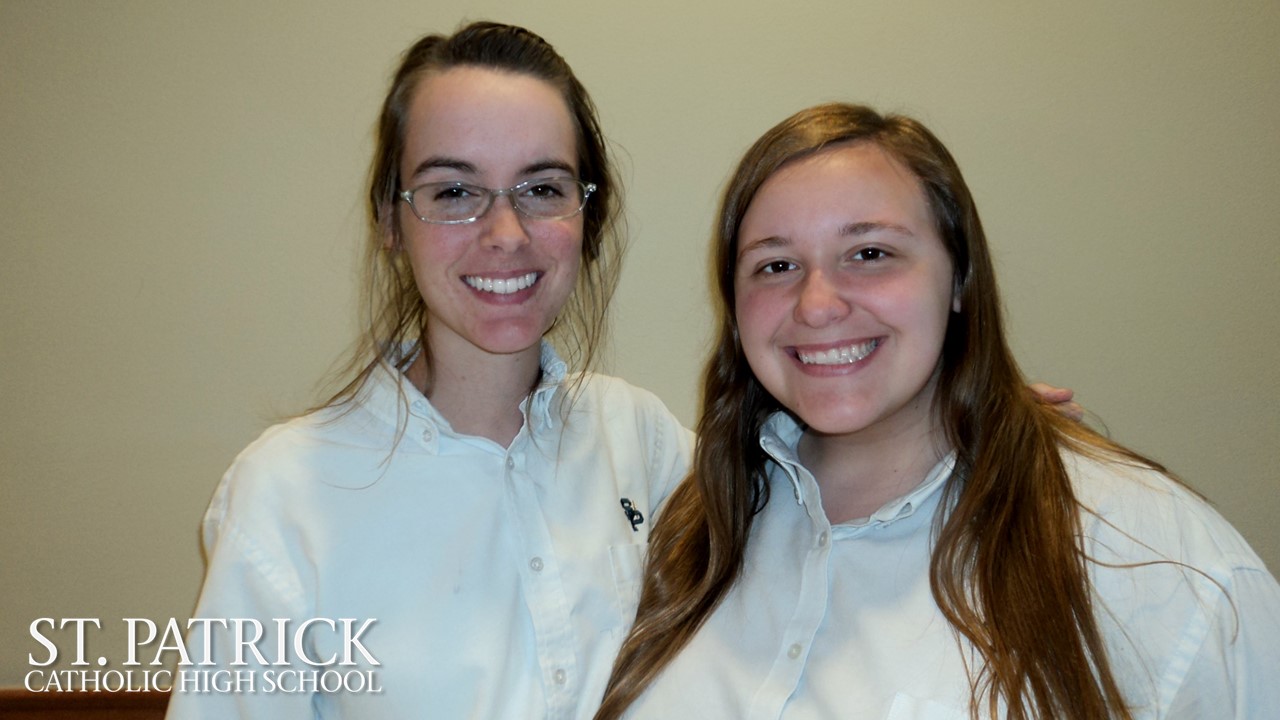 St. Patrick Catholic High School seniors, Shelby Martin and Hannah Wagner, were chosen as Gulfport Exchange Club Student of the Month for February and March respectively.  Martin traveled to the Gulfport Yacht Club on February 16, and Wagner traveled to the Gulfport Yacht Club on March 1.  The two young women will be awarded $100 each in April when they will learn if one of them advance to the state competition.

Martin and Wagner were tasked with giving a speech at a luncheon in front of members of Gulfport Exchange Club.  The speech given had to consider this year’s National Exchange Club theme, “Responsible Citizenship for a Stronger America.”  Martin and Wagner also had to tell the club members her future plans.

The National Exchange Club, founded in 1911, is the oldest service organization in the United States of America with more than six hundred fifty local clubs throughout the United States and Puerto Rico.  The club provides opportunities to individuals to use both their time and their talents to help their local communities and their country. The club has developed the vision of, “A strong America, safe communities, and unified people.” Currently there are nearly 20,000 members in the club.

In April, Martin and Wagner will attend a banquet hosted by the Gulfport Exchange Club to receive one hundred dollars or advance to the state competition.