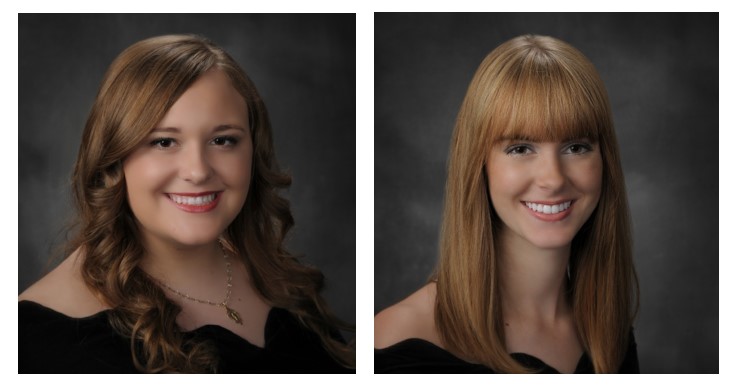 Seniors Shelby Martin and Hannah Wagner have been chosen as semifinalists for the Coca Cola Foundation Scholarship.

Each year the Coca Cola Company’s Scholars Foundation sorts through thousands of applications that detail applicants’ community, leadership, and academic achievement. The foundation then reviews each application thoroughly and carefully. The foundation received over 87,000 applications this year alone. The scholarships are awarded only to the brightest, the ones with the most and best positive leadership experience through community service and sacrifice and academic excellence, according to the foundation’s website.

This year, two of the students chosen to be semifinalists for the scholarship are from St. Patrick High School. Seniors Shelby Martin and Hannah Wagner applied for the scholarship before the late October deadline and were notified of their semifinalist rankings in the contest mid-November. Semifinalists must then present additional material to the foundation to be viewed by the Program Review Committee, which is made up of alumni of the scholars program.

If they are chosen to become finalists, they will attend a Coca Cola Scholars meeting in Atlanta, Georgia – the home of the Coca Cola brand. While attending the weekend meeting, the finalists will spend time with other bright scholars and public servants for inspiration. The finalists will also have a chance to interview with the National Selection Committee to decide the level of scholarship that they will receive.

Exactly 150 students from all over the United States will attend the conference and will each receive a $20,000 scholarship.  Shelby and Hannah will be notified if they are finalists for the scholarship in January 2016.

Since 1989, the Coca-Cola Scholars Foundation has helped dreams come true for more than 5,550 outstanding students. In high school, these students began their journey of academic excellence, positive leadership and dedication to service. They are continuing throughout their careers to serve others and realize their full potential to change the world and create an enduring legacy.

However, the Coca-Cola Scholars Foundation is much more than a program that awards college financial assistance to exceptional high school seniors. Our organization connects and continually nurtures an extended family of passionate, motivated, service-oriented leaders. This lifetime connection, camaraderie and sense of family are what make the Coca-Cola Scholars Foundation unique among scholarship programs.

The Coca-Cola system believes that investing in students who are leaders, both academically and in service to others, will result in positive, lasting change and sustainable communities. We recognize and celebrate the young people across the country who share our commitment to make the world a better place.