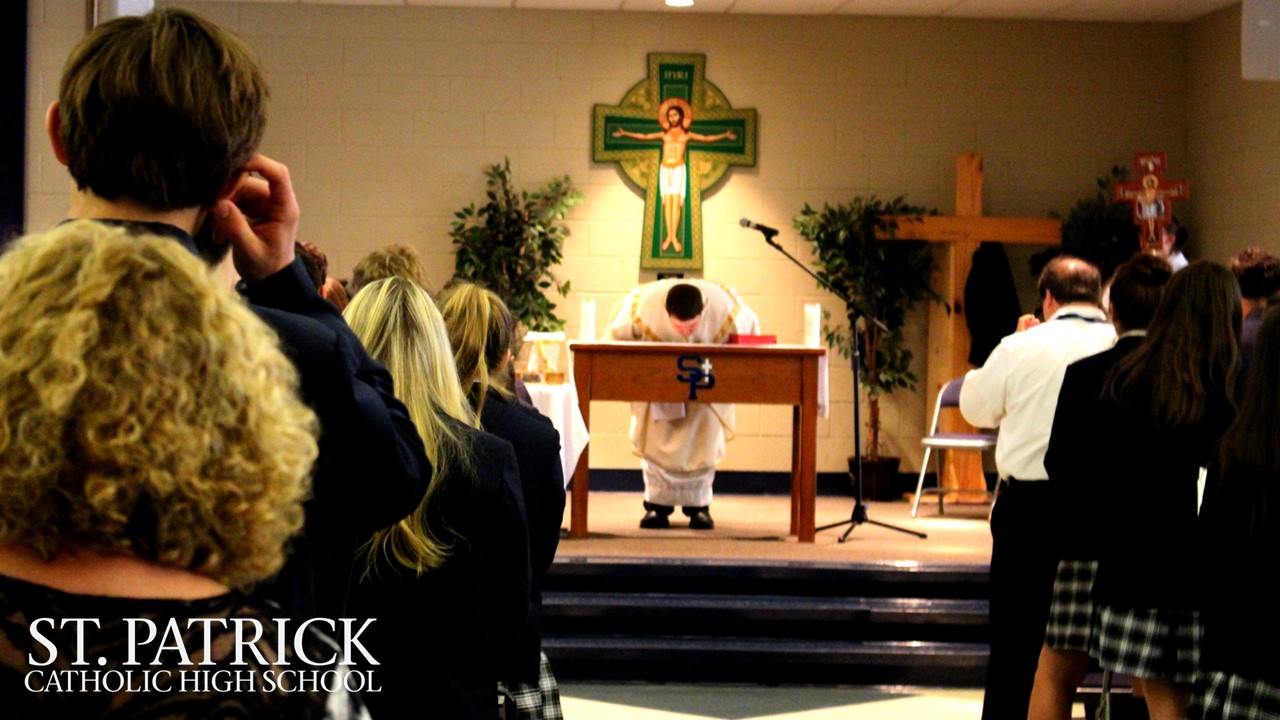 On Thursday, April 7, the St. Patrick Catholic High School student body gathered together into the cafeteria turned holy space.  Father Ryan McCoy of St. John the Evangelist in Gulfport was the Mass celebrant.  The Mass took place from 9:40am to 10:40am.

The Mass celebrated the feast day of St. Jean-Baptist de La Salle.  St. Jean-Baptist was a French priest that founded the Institute of the Brothers of the Christian Schools.  He is also the father of modern pedagogy, the method and practice of teaching as an academic subject or theoretical concept.  St. Jean-Baptist’s contribution to education resulted in him being the patron saint of teachers.

Students also took part in the Mass by celebrating in song.  The Mass choir, comprised entirely of St. Patrick students, led the student body in that respect.  The opening song was “Open the Eyes of my Heart” by Paul Baloche.  The offertory song was “Your Love is Deep” by Jami Smith.  The communion songs were “Oceans (Where Feet May Fall)” by Hillsong United and “Let it Rain” by Pocket Full of Rocks.  The ending song was “Rooftops” by Jesus Culture.

Next week there will not be a school Mass.  There will be adoration on Thursday in the cafeteria in place of Mass.