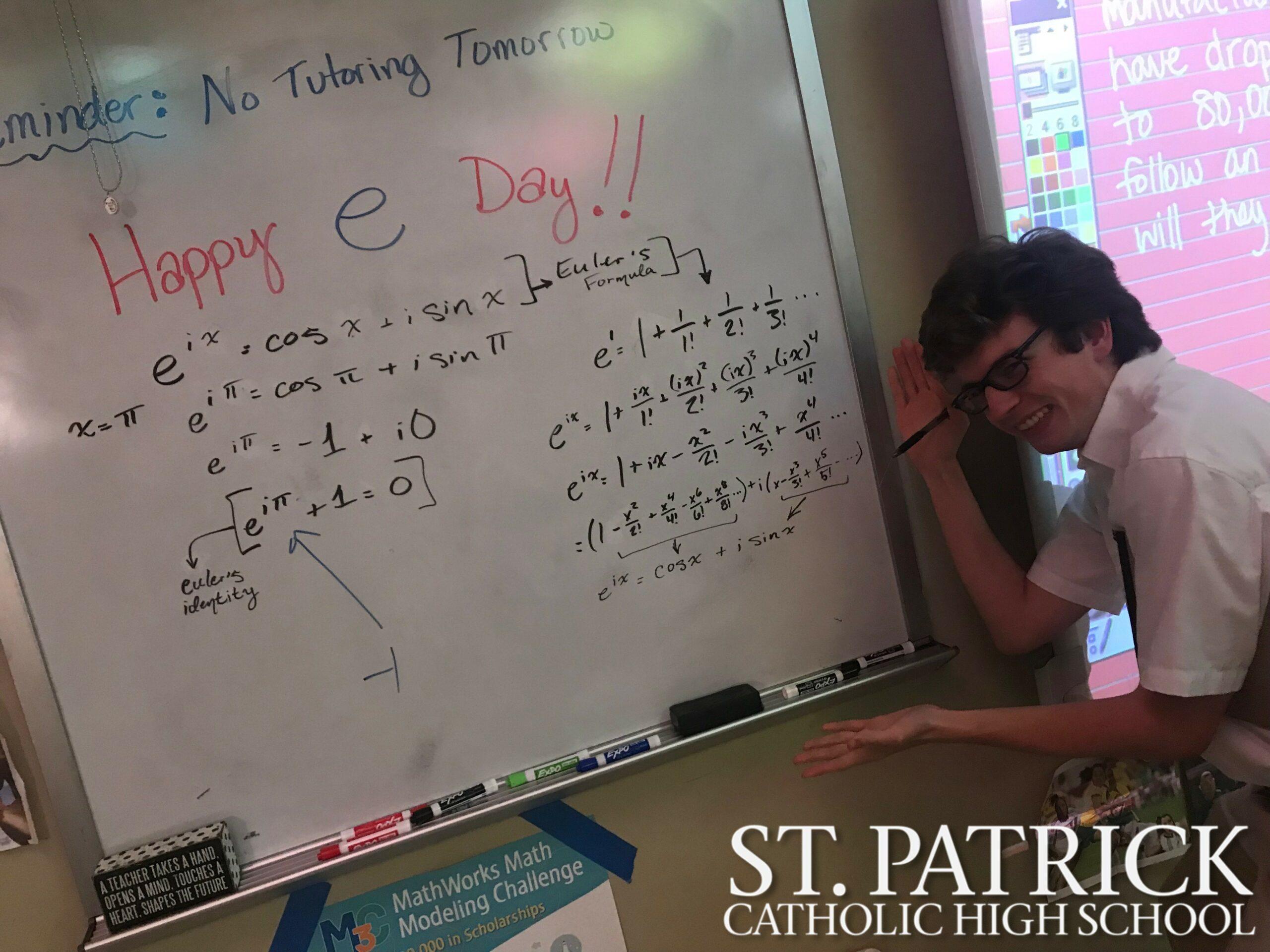 On February 7, 2018, several math classes celebrate a special day known as “e day.” It is a day that coincides with the mathematical constant e, which starts out 2.718 and goes on forever. The day, month, and year correspond with the digits, which makes the day a very rare and special occasion.

How should you celebrate “e day”? Well, the first place students usually encounter the number e is in the formula for continuously compounded interest. That formula is A=Pert, where A is the amount of money in the account, P is the principal amount invested, r is the interest rate, and t is the length of time the money has been there. Leonhard Euler named the constant e and found that it was the limit of another expression, the infinite sum 1+1/1+1/2+1/6+1/24+1/120+… . That helped him compute e to 18 decimal places and show that, like π, it is irrational, that is, it can’t be written as a fraction. Though Euler didn’t actually choose the letter e to name it after himself, we now call it the Euler constant.

This mathematical occasion was celebrated by scholars around the globe on Wednesday, including those at St. Patrick. Students learned a thing or two about e and were able to enjoy some delicious food on its behalf, too.