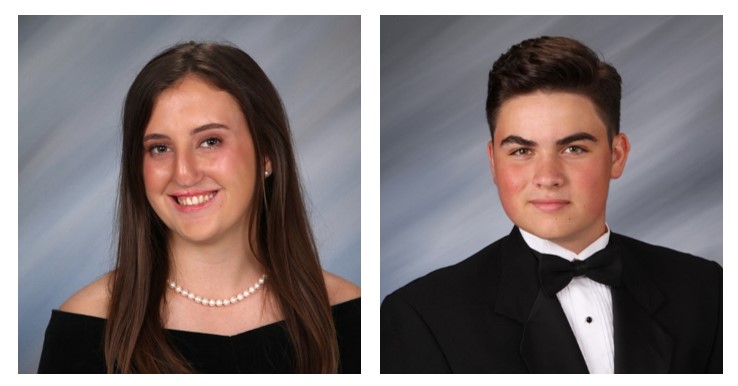 The Wendy’s Heisman Scholarship is an opportunity for students who are both athletes and scholars to receive award money towards their educations. Students who apply for the scholarship are eligible to receive sums up to $10, 000 dollars.

The process begins when the students apply. A male and female winner is then selected to represent their school in the state competition. From each school competition, twenty students are selected, and from among them, one male and one female state winner is chosen to contend for the scholarship at the national level. From the pool of 100 state winners, ten national finalists are derived and compete to be the winners of the $10,000 scholarship award.

The program strives to reward students who are leaders both on the field and in their school communities. The goal of the Heisman program is to inspire student athletes to achieve their personal bests and inspire other students to do the same.

Morgan McCrea is the daughter of Mr. Raymond McCrea and Ms. Laurie McCrea. McCrea is a senior at St. Patrick Catholic High School. She has been a member of the St. Patrick softball and basketball teams since 2012. She was named to the Region 8 3A All-District team for softball in 2013, 2014, 2015, and 2016. She was selected for the 2016 South MS All Star Futures Softball Game and the 2016 Mississippi Association of Coaches All Star Softball Game. McCrea has played select softball for the Velocity Gulf Coast organization since 2008. She was named to the Region 8 3A All-District Basketball Team in 2014, 2015, and 2016, and All-District MVP in 2016. She was named Sun Herald Player of the Week in December 2015, she was selected for the Sun Herald All South MS All Star Team, and she participated in the 2016 South MS All Star Basketball Showcase. She also participated in Cross Country in 2014 and 2015; she was named to the All-State Team in 2014 and was a runner for the State Champion team in 2015. McCrea is the President of the Fellowship of Christian Athletes, Treasurer of National Science Honor Society, and a member of the National Honor Society, Interact Club, and French Club.

Juan Ramon “J.R.” Riojas is the son of Dr. Ramon Riojas and Mrs. Amy Riojas. Riojas is a senior at St. Patrick Catholic High School.  He is a current member of the St. Patrick Soccer Team and has been since 2011.  He also played basketball and baseball while in junior high at St. Patrick. During his time on the soccer team, Riojas has played in the positions of goalkeeper and midfielder.  He was a member of the soccer team that won the 1A-2A-3A MHSAA State Championship in 2016. Besides playing soccer, Riojas is currently the Student Body President and President of Mu Alpha Theta. Other extracurricular activities he is involved in include mock trial, chess club, quiz bowl, campus ministry team, National Honor Society, and the Fellowship of Christian Athletes. He was awarded Southern Association of Student Councils (SASC) member of the year in 2016 and also placed first runner-up in the SASC speech contest.

The selected students will receive a school winner certificate, a Wendy’s High School Heisman Patch, and the opportunity to compete for the national scholarship which will be awarded in December.