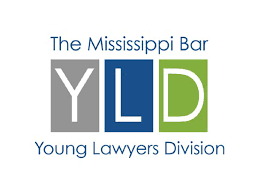 On Saturday, January 23, the St. Patrick Catholic High School Mock Trial team competed at the Biloxi Courthouse in the 2016 Regional Mississippi Bar Young Lawyer Case Mock Trial competition. They were one of four schools’ teams to advance to the state finals. At the regional competition, there were two rounds of competition. The St. Patrick team first competed in the prosecution competition against Biloxi. The Irish were victorious with a score of 3-0 from the judges. In the second round, the Irish competed as the defense team with a loss of 2-1 to Presbyterian Christian School.

This year’s Mock Trial team included seven members who worked on a homicide case. The characters of the case and the students who took on their roles included Andrew Lechner as Officer Michonne, Brooke Gibson as Glenn Rhee and Ricki Grimes, Sofia Cooper as Beth Greene and Herschel Greene and Maia Dooley as Carla Grimes. The attorneys of the team included Juan Ramon Riojas, Taylor Smith, and Stephen Azar.

St. Patrick proved to be highly competitive and left with three individual awards. Junior J. R. Riojas won Most Effective Attorney, while both Junior Sofia Cooper and Senior Andrew Lechner won Most Effective Witness. The state finals competition will be held in Jackson, Mississippi, on February 26 and 27. Come out and support our Mock Trial team! Congrats on all your success and thanks for representing St. Patrick!