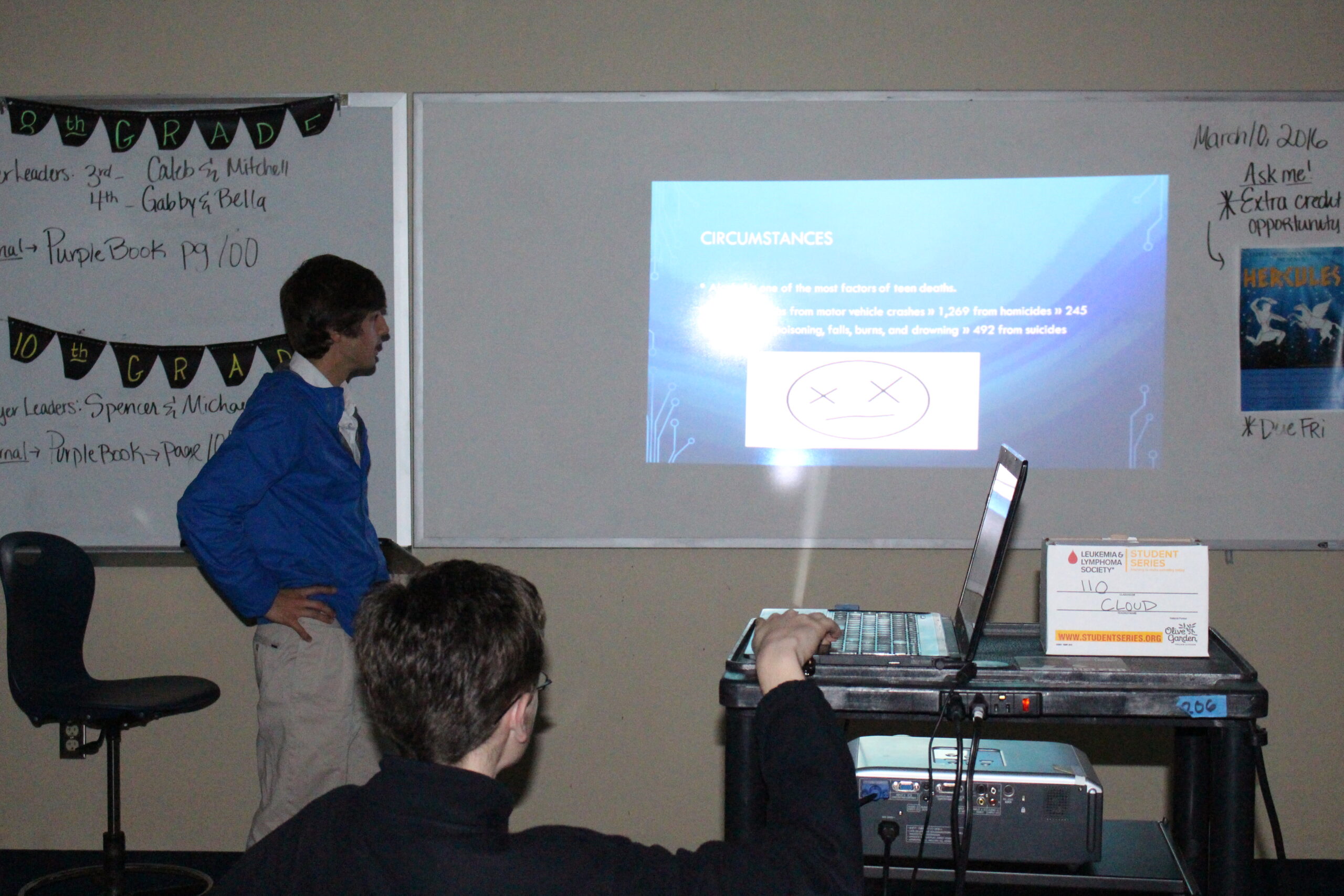 Each student was tasked with choosing a topic that involved a moral decision. They then had to decide whether the decision made in the situation by whoever was involved was a moral or immoral action.

Students formatted their projects in various mediums including brochures, PowerPoint, and posters. Each project included information the student had gathered on the topic and the moral decision along with appropriate images related to their moral topic.

After completing their projects the tenth graders gave presentations lasting three to five minutes explaining the case they studied and why they believed the decision made was moral or immoral. The presentation included time for follow-up questions from fellow classmates and Mrs. Cloud.

Mrs. Cloud chose to have her students complete these projects to help them understand moral decisions and their outcomes. These projects helped the students understand the lesson they were learning in their religion class, which is teaching about the steps to take in order to decide if an issue is moral or immoral. They learned to search out the facts, think about the alternatives and consequences, how others may be affected, and to pray about the decision.