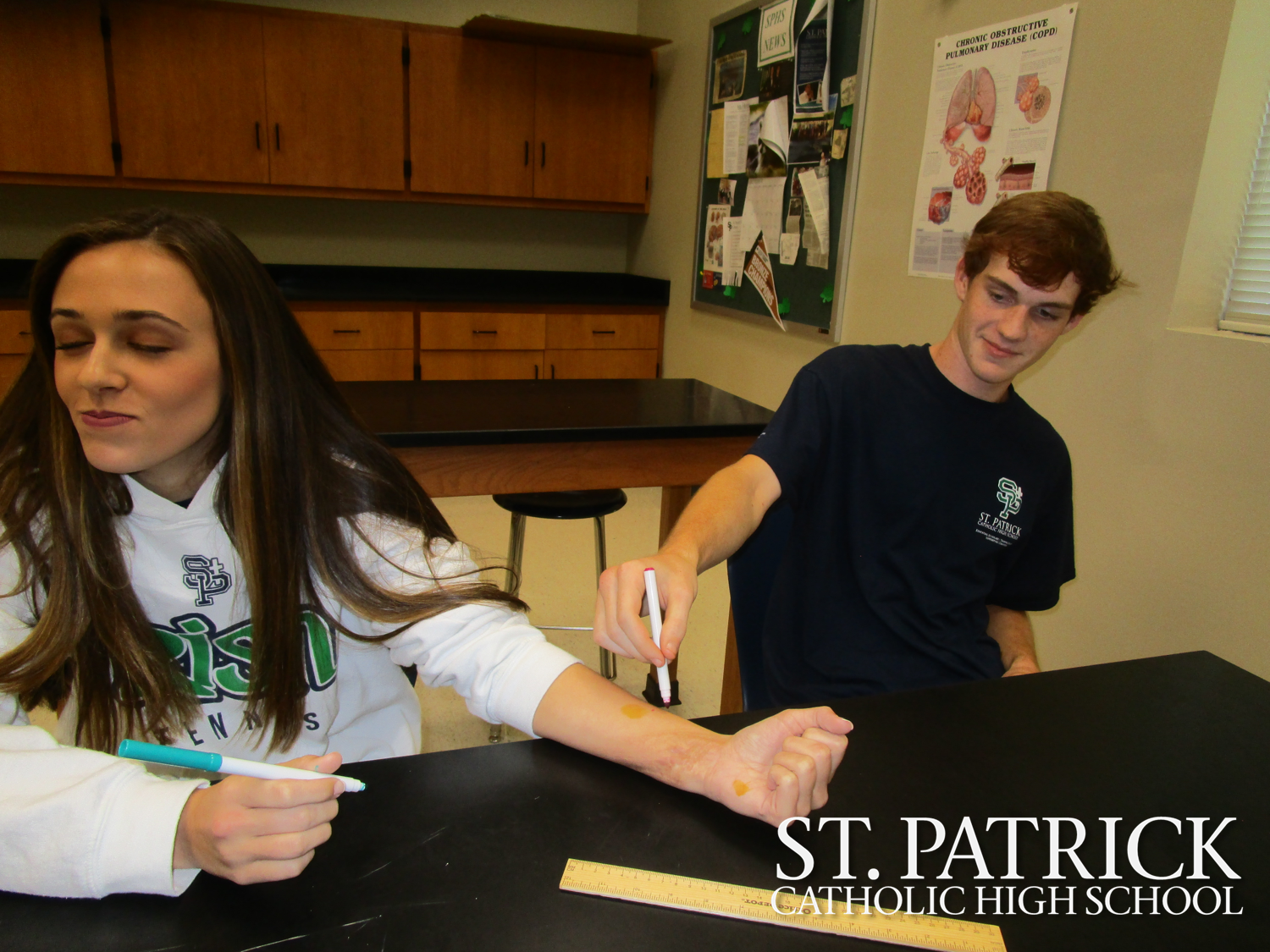 During this past week, Mrs. Lawson’s Human Anatomy classes conducted a lab involving the skin. The lab was designed to help the students get a deeper understanding of the skin and its functions.  It also reinforced the material  learned about the skin in class assignments and lectures.

The lab was divided into two main activities. The first activity of the lab exercise was to test tactile location, which is the ability to determine which portion of the skin has been touched. The purpose of this part of the lab was to investigate the location and physiology of cutaneous receptors. The students divided  into pairs and began the experiment. The first student closed their eyes while their partner made a dot on a certain area of their skin with a marker. The first student then tried to touch that exact point with another marker. The difference between the marks was the error of localization and it was recorded.

The second activity of the lab was plotting the distribution of sweat glands and analyzing their functions. This experiment began by placing a small amount of iodine on the skin.  The students then taped a piece of bond paper to the area with the iodine on the skin.  After waiting approximately 10 minutes, the students were able to identify  the sweat glands on that area by the appearance of dots on the paper.

This experiment was a great way for students to finish this chapter and to get a better understanding of everything they have learned in class.  The practical demonstration of skin functions in this lab reinforces the important information students learn at St. Patrick.