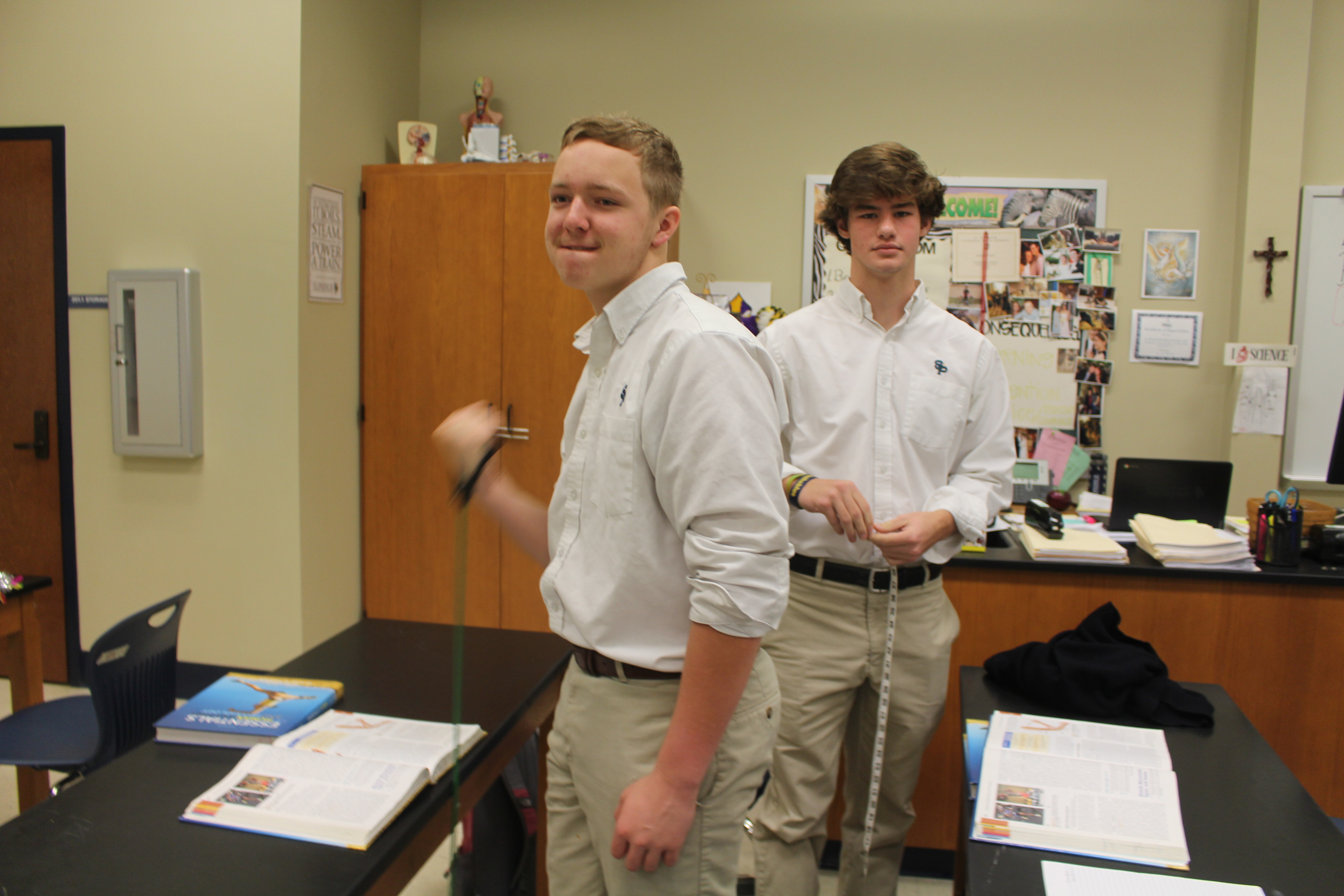 Last Friday, Mrs. Lawson’s Anatomy and Physiology classes participated in a muscle lab. For each  chapter covered, Mrs. Lawson’s students complete at least one lab. The purpose of the muscle lab was to find the difference between isometric and isotonic contractions and to test the sliding filament theory.

The students were separated into groups where Mrs. Lawson explained the muscle lab. Then each student participated in three exercises. The first exercise was to test the muscle when it was not flexed. This was to determine the relaxed length of the muscle. The second exercise was pulling up on the legs of a chair while the student sat in it. The muscle size was then measured and recorded. This exercise is an example of an isometric contraction, or a muscle contraction of the same length. The third exercise was pulling up an exercise band while it was being held down. This exercise is an example of an isotonic contraction, or a contraction having the same tone.

The measurements were written down and analyzed by the students. The results proved the sliding filament theory that the students were learning about. This lab was engaging and exciting for the students. They learned how exercises that they are doing everyday can be very important to the human body. It also showed what they are learning in a visual way, instead of just reading about the types of muscle contractions.