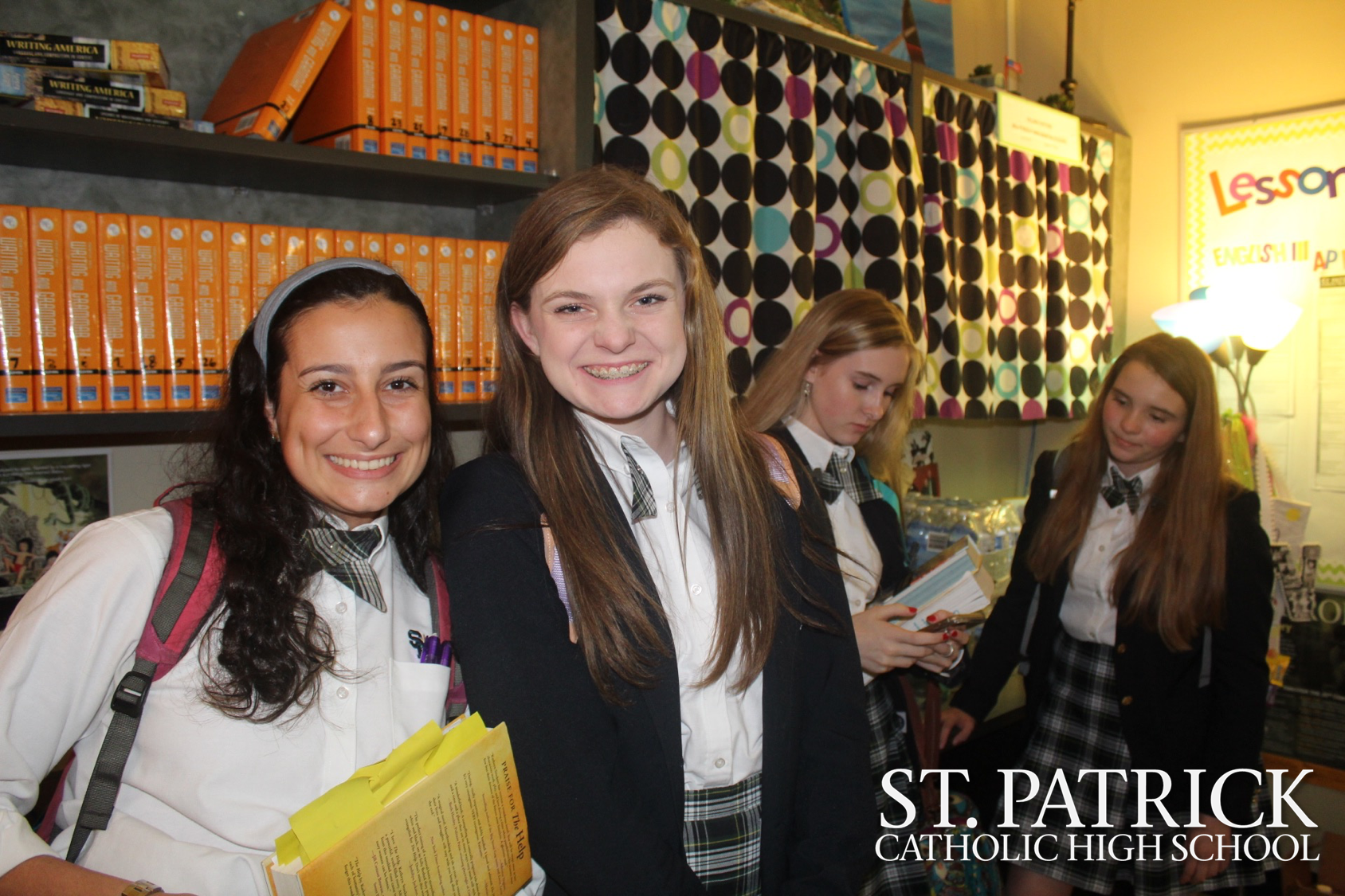 On Thursday afternoon, September 28th, a devoted group of Saint Patrick students gathered, after school, in Mrs. Buckley’s room for the first meeting of the National English Honor Society (NEHS) this year. Students were welcomed to the meeting by the group’s sponsor, Mrs. Buckley. An introduction covering the plans for the upcoming year and a discussion of the club’s activities were conducted.  The members of the society were very excited about what the year will bring.  Mrs. Buckley discussed possible events and activities the honor society could host during the upcoming school year.  Members also contributed a number of great ideas that they would like to see the club undertake in the future.  Later in the meeting, nominations for club officers were accepted. The officers to be elected included, President, Vice President, Treasurer, and Secretary. Students who wanted to run for an office were given an opportunity to give a short speech on why they were interested in serving as an officer. Mrs. Buckley informed the members that she will have the ballots for elections ready very soon. The meeting was an informative and fun event for the members. The NEHS cannot wait to get started on a great year.