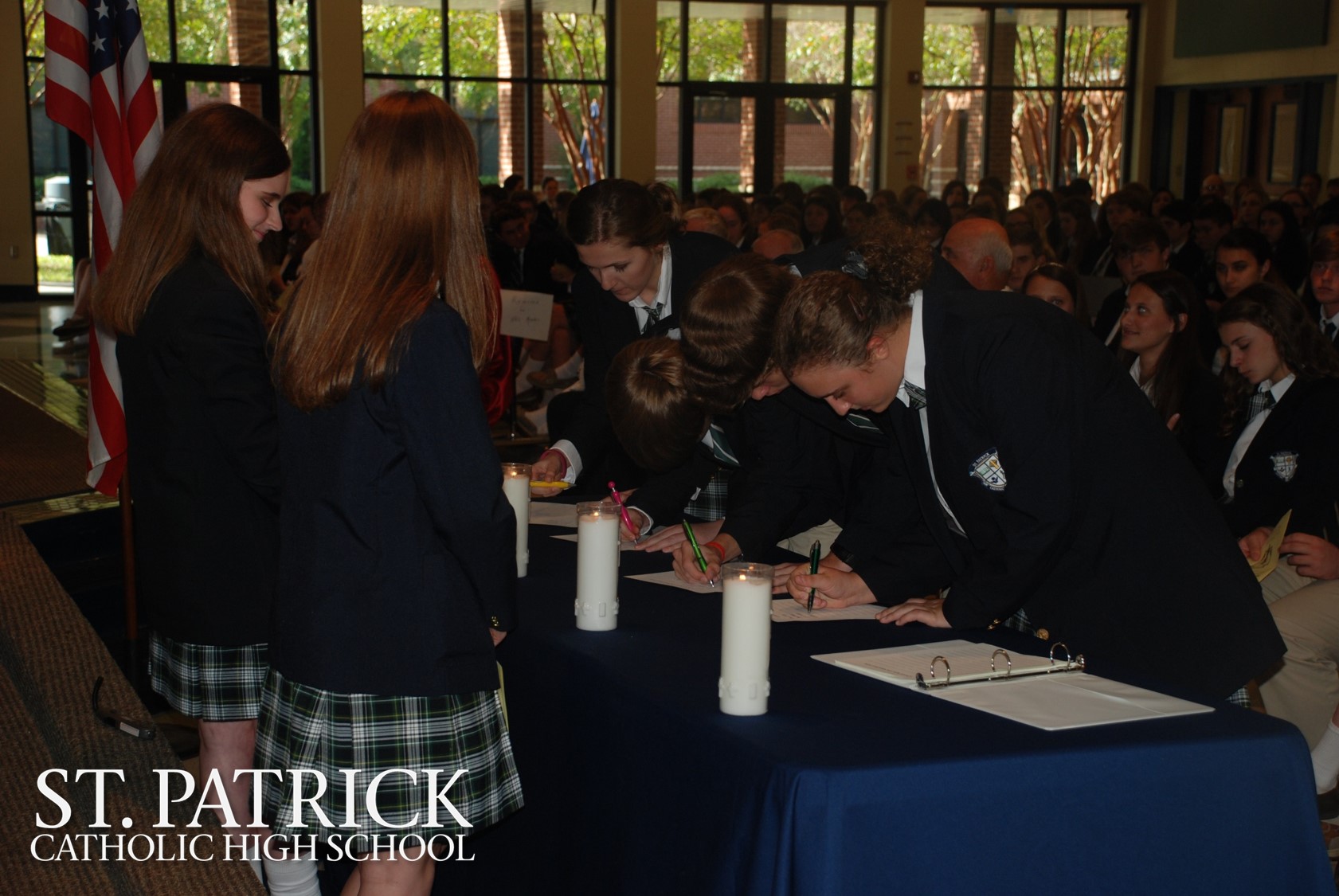 The induction lasted an hour and involved the procession of the knights, prayer, pledge of allegiance, recalling the chapter’s values and expectations, individual signing of new members into the society, and reciting the society’s honor code. A reception was held directly afterword to give previous members, inductees, and friends and family an opportunity to socialize. After this induction, fifty-one sophomores, eight juniors, and seven seniors have now become members of the St. Patrick National Honor Society chapter.

Congratulations to all the new inductees on this honor and your academic success.

< Click here to view more photos from the NHS induction.