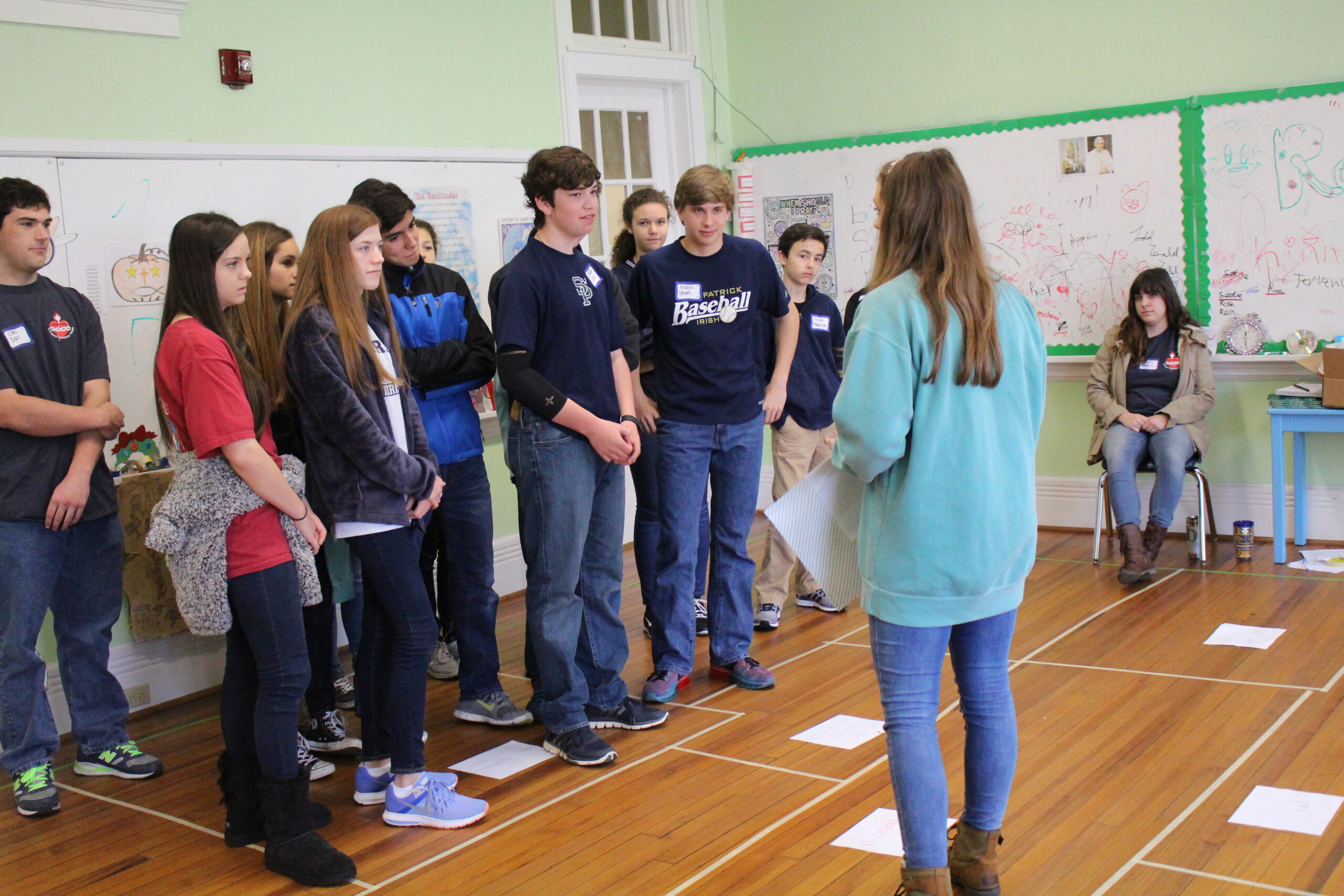 The freshmen learned about their faith with personal testimonies given by some of the campus ministers, who related their life experiences and how it affected their relationships to God to where the younger students are today in their spiritual journey. The ninth graders also participated in activities, such as putting together a puzzle as a group, to understand their prayer life, self-worth, and forgiveness.

At the end of the day each ninth grader was given a paper bag filled with “tools” chosen by the campus ministers that help them pray. They ended the day with a peaceful adoration in Nativity’s chapel, giving them a chance to pray and think about all that they had learned during the day while in the true presence of the Lord. During adoration they were also given a pen and paper with the option to reflect or write a letter to God.

Anna Grace Castanedo, a ninth grader who attended the retreat, said, “My classmates and I agree that this retreat broke any barriers in our life that we might have had that kept us from having a full relationship with God.”

This is the third retreat the campus ministers have put on within the past school year. Both the seventh and eighth grade retreats preceded the freshman retreat. The tenth grade retreat will be held on April 20.