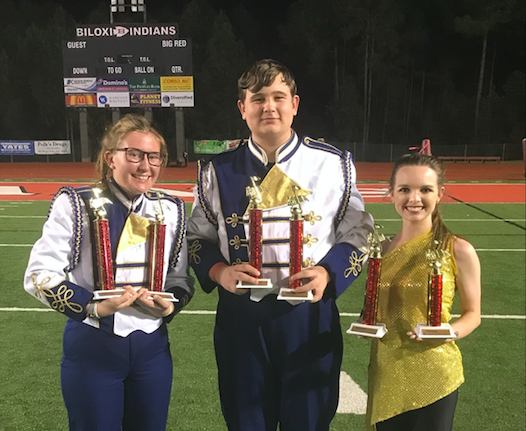 The Pride of St. Patrick Marching Band competed in the Gulf Coast Marching Festival and Contest on Saturday, September 28. Members of the band performed in several categories at Biloxi High School, competing against a slew of schools throughout the region.

During the festival portion, the band received excellent ratings in band and color-guard as well as a superior rating in percussion. During the contest portion, the band received Class A First Place Caption awards in Visual Performance, Music Performance, General Effect, Percussion, and Color-Guard. The Pride of St. Patrick finished in 13th place overall among bands from Classes A – AAAAA.

Congratulations to The Pride of St. Patrick!

Photos from the event can be viewed below.