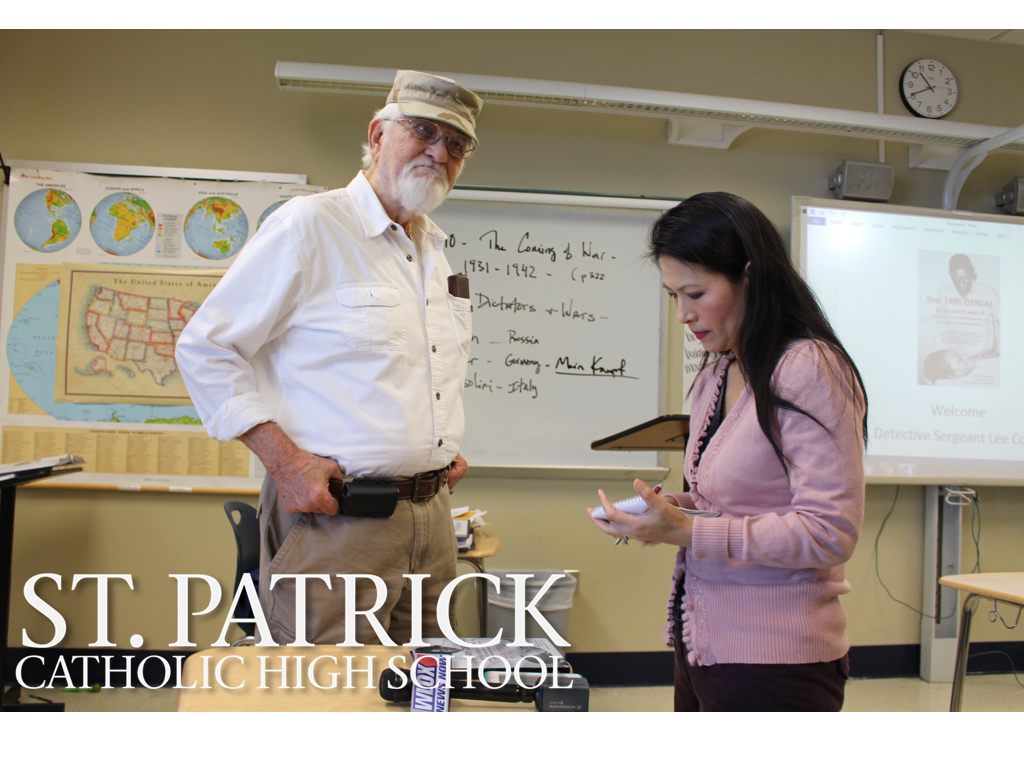 This past Thursday, the psychology class, taught by Mr. Finley Hewes, had the utmost privilege to listen to Civil Rights memoir author and former detective Lee Cody.  Cody gave a presentation on his direct involvement in solving the murder case of Johnnie Mae Chappell in Jacksonville, Florida.  This murder case was covered up as a result and there was a violation of the victim’s Fourteenth Amendment rights.  Cody wrote a book, The Fourteenth Denial, and has been featured on several news programs, including The Oprah Winfrey Show and Dateline, and has also been featured on numerous civil rights topic panels.

The Johnnie Mae Chappell murder case was an unprecedented case that led to much controversy later.  The murder case was thrown out due to “lack of evidence” and the four men that were involved were acquitted and never convicted of the crime.  There was substantial evidence pointing in the direction of the men that they did indeed shoot Johnnie Mae Chappell with malice and forethought.  There were confessions given by a passenger in the truck and the shooter himself, but the Jacksonville community was still segregated at the time.

This was significant to the class because of the celebration of Black History Month.  The Civil Rights movement is an integral part of American history that should not be ignored, but educated among students in our nation.

“I thought the speaker was very interesting! He had so much to share about the Civil Rights movement that I didn’t know about,” said senior Chet Rodrigue.