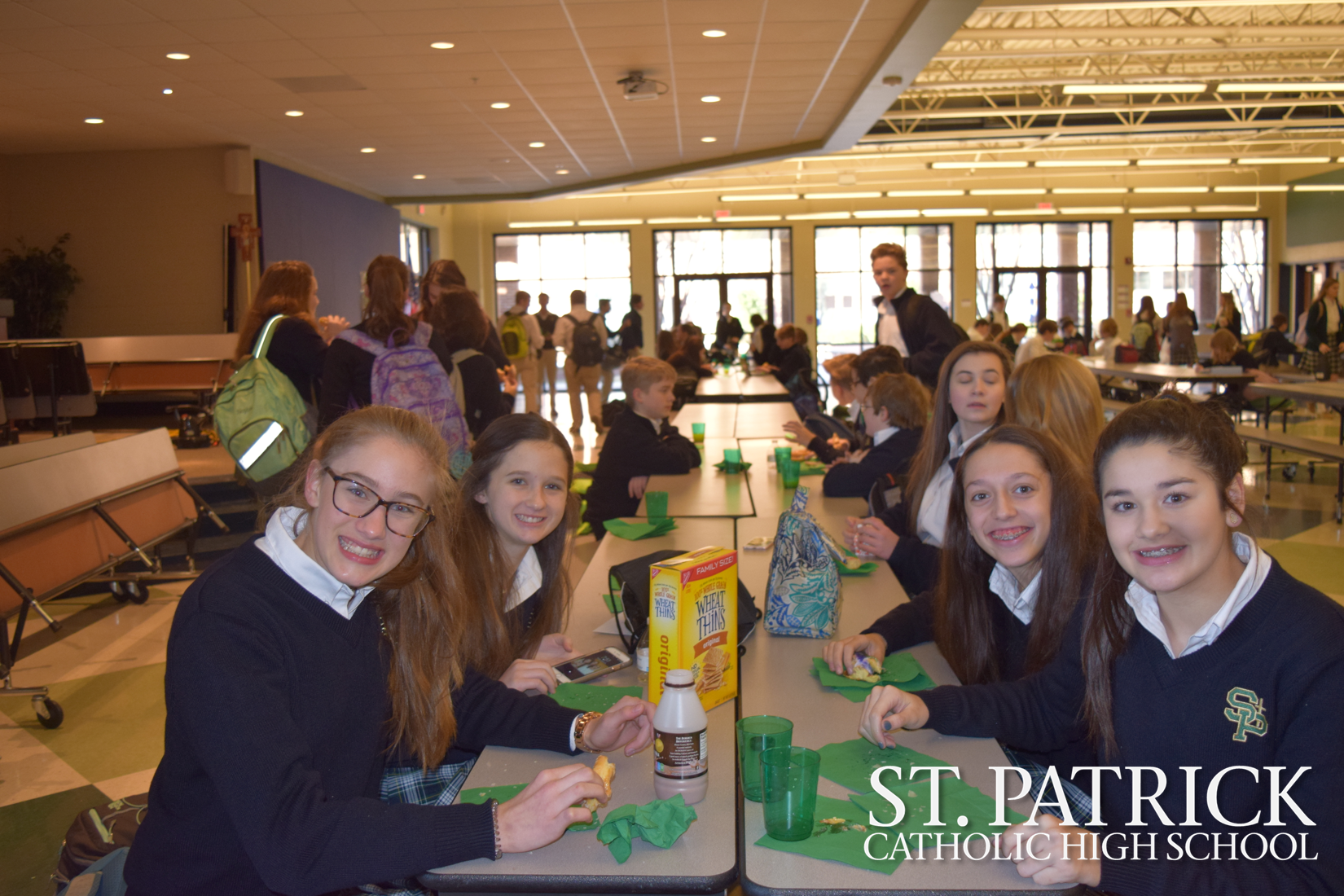 On Tuesday, January 30, the St. Patrick Catholic High School PTO provided the students and teachers with breakfast, served in the cafeteria.

The PTO provided donuts, from both Krispy Kreme and Tato-Nut, and there was also King Cake served in honor of the Mardi Gras season.  The PTO also provided orange juice and water.

After the breakfast, when the bell rang, Mr. Buckley led a morning prayer service, in which he read the Gospel of the day and gave a reflection. Then he led the whole school in prayer, in the cafeteria.  The prayer service was supposed to be held outside in the courtyard, but had to be moved due to the cold weather.

The PTO breakfast was well attended, by students of every grade. The students were able to enjoy a nice breakfast with their classmates, before starting the day.

This breakfast, allowed for the students of St. Patrick, to celebrate Catholic Schools Week, with their classmates. They were able to enjoy time with their friends, before the school day started.