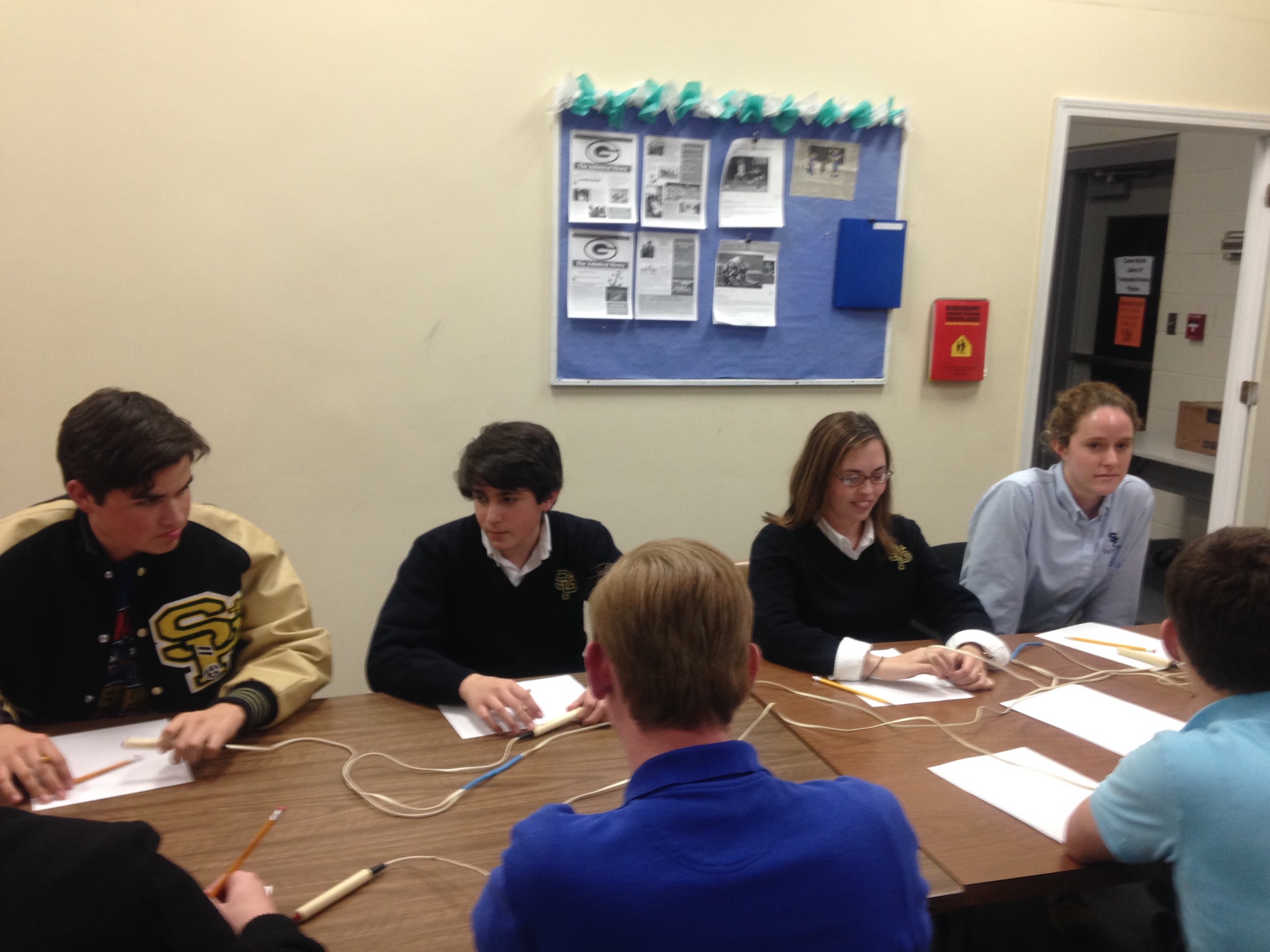 The St. Patrick quiz bowl team traveled to Gulfport High School to compete in this year’s first quiz bowl meet.  St. Patrick has enough members to compete two teams.  Kathleen McMackin, Desiree Goodfellow, J. R. Riojas, and Stephen Azar were the members of one team, while Chris Alley, Jack McKee, and Allison McGrew were the members of the other one.

In the first round, St. Patrick went up against a team from Pass Christian.  St. Patrick students were able to show off their Catholic knowledge when there was a question asking for the previous four popes. The team from St. Patrick went on to win the round by a score of 130-65.

In the second round, St. Patrick faced off against a very strong Hancock County team.  Although St. Patrick was able to stick close in the score with Hancock County relatively well for the first few questions, Hancock was eventually able to capture a victory.

St. Patrick will not compete in the next meet because St. Patrick and Pass Christian are cohosting the next meet.  The rounds will take place at St. Patrick next Monday.  For more information about quiz bowl, please contact Ms. Ladner.