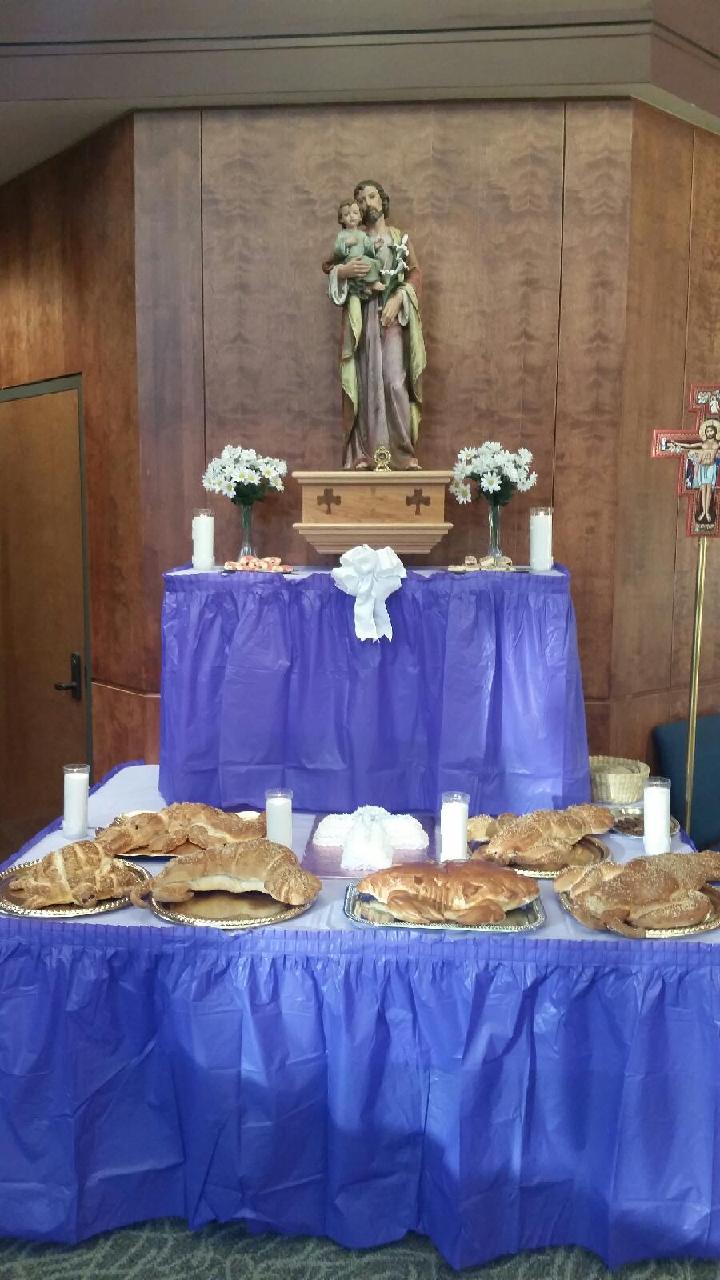 On March 19, St. Patrick Catholic High School celebrated the solemnity of St. Joseph, the foster-father of Jesus. A St. Joseph Altar was on display in the school chapel. The altar to St. Joseph originated in Sicily. Agriculture was very important to the island and there had been no rain to nourish the crops. The only thing that thrived was the fava bean which is why it is now commonly called “the lucky bean.” The situation was grave and so the people prayed. They pleaded with St. Joseph, their patron, for relief from the terrible famine that had gripped their land. Finally, the skies opened, sending down the life-giving water. The people rejoiced. Later, to show their gratitude, they prepared a table with a special assortment of foods they had harvested. After paying honor to St. Joseph, they distributed the food to the less fortunate. Sicilian immigrants brought the tradition to New Orleans and the surrounding Gulf Coast area.

The center piece of St. Patrick’s altar was a statue of St. Joseph and the Child Jesus. There were several symbolically shaped breads and a cake on the altar. A beautiful basket of fruit represented the harvest of the land. There was also a plate of bread crumbs that symbolized the saw dust found on St. Joseph’s workshop floor. The altar also featured a rare relic of St. Joseph’s clothing that was obtained from the Vatican.

The altar was dedicated in memory of Amanda and James Ward. Students viewed the altar during their religion class period. Mr. Creel would like to thank all of the people who donated to create such a beautiful altar.