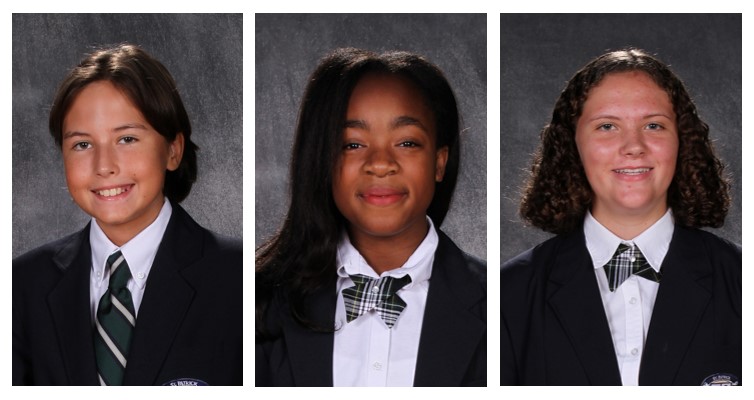 Students in seventh and eighth grades were able to participate in a spelling bee on Friday, December 4, during third period.

For thirty-five minutes during third period on Friday students who wanted to compete in the spelling bee or had won qualifying bees during the weeks before the competition met in the auditorium to spell words given by St. Patrick High School English teachers.

Diego will advance to the next round of the spelling bee to represent St. Patrick High School in a regional contest.