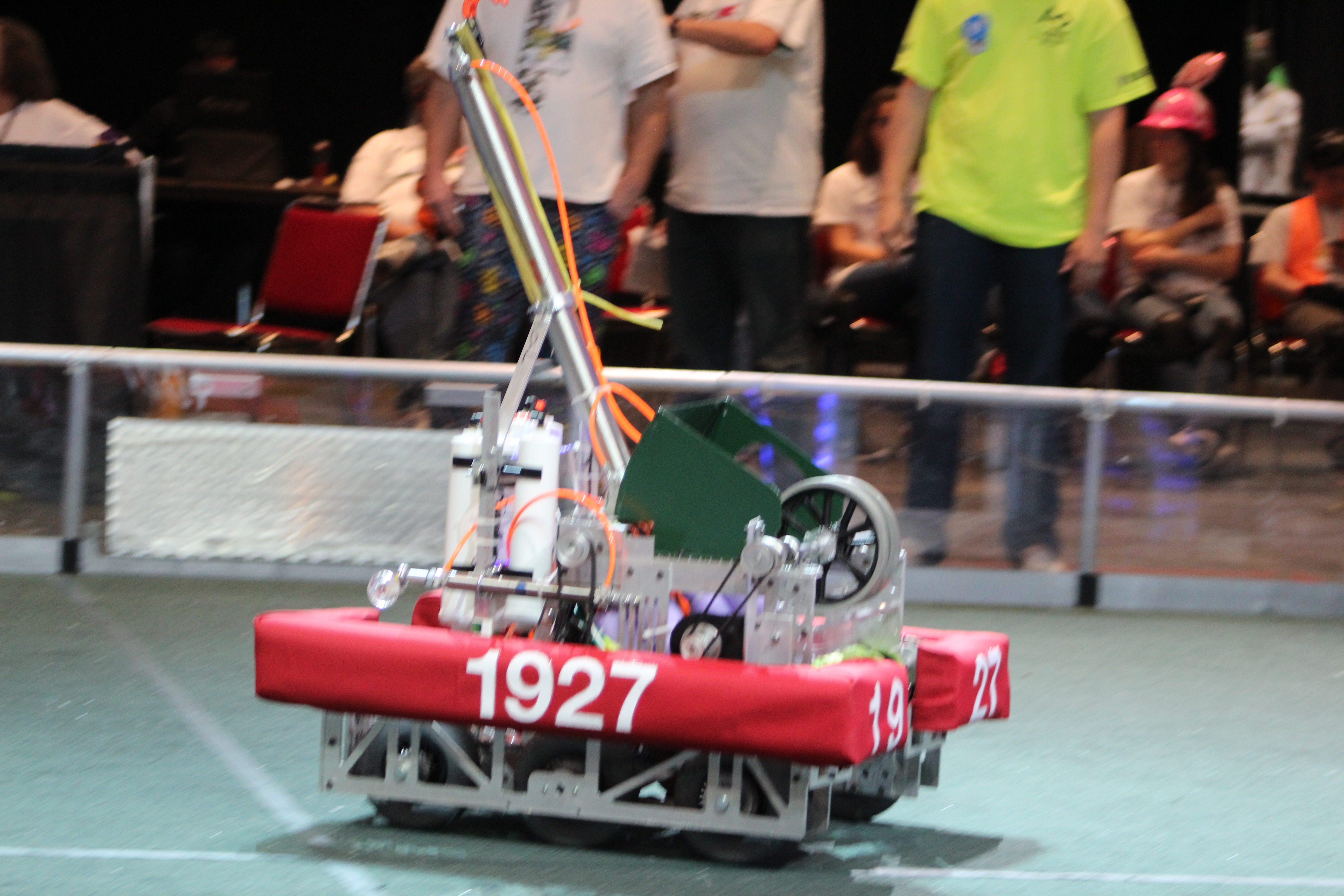 The team spent many weeks building the robot to complete the task that the game released by FIRST Robotics required.  This years’ game theme was Stronghold, a medieval theme that requires a robot to pick up boulders and throw them into the castle, cross obstacles, and attempt to scale the castle during the last twenty seconds of the game, all while working with two other robots in an alliance to win the game.

Estelle Seghers stated, “We’ve been spending the season watching only our robot and it was really fun to see all the different teams and their ideas of the perfect robot to compete to win the game.”

Team Tempest reached the fourth rank out of fifty-six teams during the qualification rounds and made it into the quarterfinals.  The team was also recognized for their safety and received best decorated robot during the parade on Saturday.

Ryan Poukner, one of the drivers of the robot stated, “It was an all around great event, we played well and fought hard for the Irish.”

Overall, the Bayou Regional competition went fantastic and it was great for the team to finally see their robot in action.  The team had a great robot this year that produced great results, but sadly did not product a ticket to the national competition in St. Louis.

Mrs. Worrel, the faculty sponsor of the robotics team is very proud of how the team performed and stated, “We had a great robot and we had a great team.”