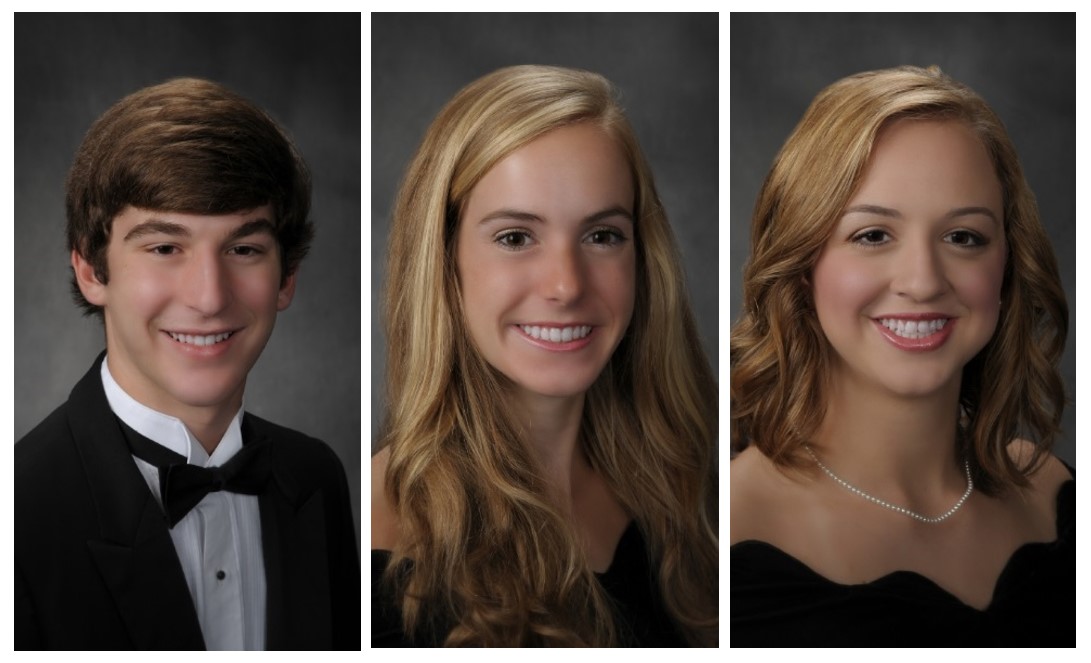 St. Patrick Catholic High School is proud to announce that Chet Rodrigue, Ramsey Wagner, and Elizabeth Zorich were recently named school winners for the prestigious Wendy’s High School Heisman Award which highlights exceptional high school seniors and their achievements in the classroom, on the field and in the community. Rodrigue, Wanger, and Zorich will move on for consideration in the next stage of the program where they could be named a State Finalist. “We are honored to have three of our students recognized as some of the country’s top student-athletes with the Wendy’s High School Heisman name,” said Principal Renee McDaniel, St. Patrick Catholic High School.

For twenty-two years, Wendy’s, in partnership with the Heisman Memorial Trophy, has recognized outstanding students and rewarded their commitment and achievements to academics, athletics and community on a national level.

Rodrigue, Wagner, and Zorich were selected as 2015 School Winners based on the following accomplishments:

Felix “Chet” Rodrigue IV is the son of Mr. Felix Rodrigue III and Mrs. Mary Rodrigue.  Rodrigue is a senior at St. Patrick Catholic High School.  He has been a member of the St. Patrick Baseball Team since 2011.  He played recreational baseball for the City of Ocean Springs from 2003 to 2010 and for the City of Biloxi in 2011.  Rodrigue has been a member of the Fellowship of Christian Athletes since 2012 and was the baseball representative since 2014.  Chet is also a member of the St. Patrick Catholic High School robotics team, and he was selected to attend Lead America Engineering and Technology Conference in 2013.  He was selected for the National Academy of Future Scientists and Technologist Award of Excellence in 2015.

Ramsey Wagner is the daughter of Mr. Clay Wagner and Ms. Kathy Wagner.  Wagner is a senior at St. Patrick Catholic High School.  She was a double gold medalist and silver medalist, Mississippi Girl’s Track Division 3A in May 2015 and triple gold medalist, Mississippi Girl’s Track Division 3A in May 2014.  She was named Sun Herald Girl’s Player of the Week in May 2015.  In July 2013, Wagner was the Mississippi representative to Downunder Sports, Australia and was named International (under sixteen) Girls Cross Country MVP.  While dominating Cross Country, Wagner is a Representative of Student Council, President of Mu Alpha Theta, and Secretary of Spanish Honor Society.  She is an active member of the St. Patrick Catholic High School Campus Ministry Team and the St. James Parish Youth Group.  In the fall of 2016, Wagner plans to attend the United States Military Academy at West Point.