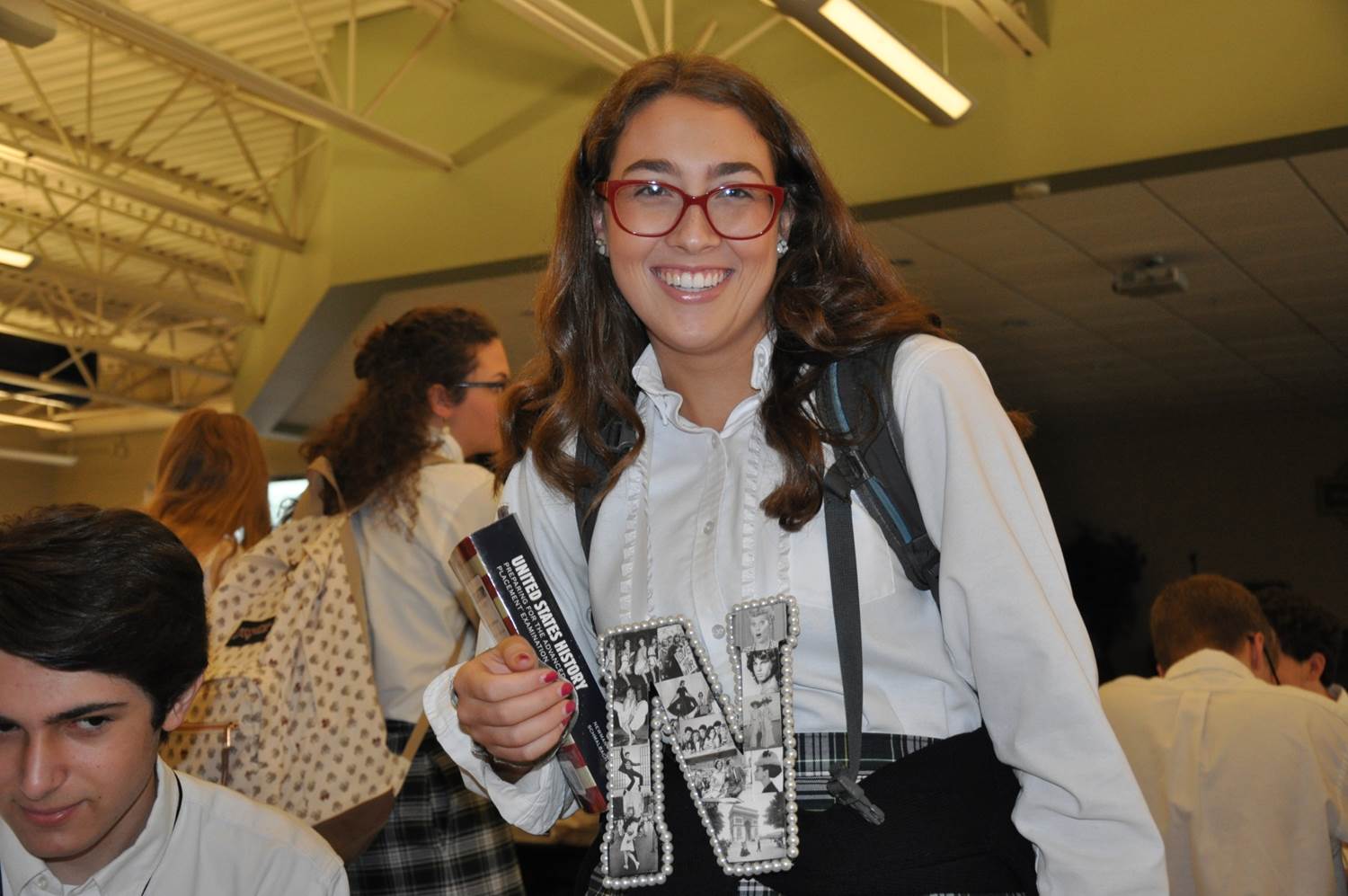 Over the summer, Mrs. Buckley’s AP English Students were required to read “The Scarlet Letter.”  The main character of the book, Hester Pryne, is condemned to wear a scarlet letter “A”.  She is forced to wear it everywhere she goes as a symbol of her sin and as her punishment.

As a back to school project, these students each made their own “scarlet letters.”  The letters were to represent something about the student, such as “H” for happy, or “P” for procrastinator.  Just as Hester Pryne did in the story, the students wore these letters around school all day.  Many of the underclassmen had a blast seeing the juniors wearing letters and made a game of trying to guess what each letter might stand for.

Wearing the letters around all day was quite a task for the juniors.  Through the project, the students were able to place themselves in Hester’s shoes.  They got to know what a pain it must have been to wear the letter day in and day out, as well as all the attention that was brought upon her by staring strangers.  The letter is a mark that shows someone something about you that they wouldn’t have known unless they were close with you.  The letters ended up being a lot of fun and also provided a valuable lesson to the juniors.  Overall, Scarlet Letter Day was a huge success!