School community comes together for March for Life Adoration and presentation 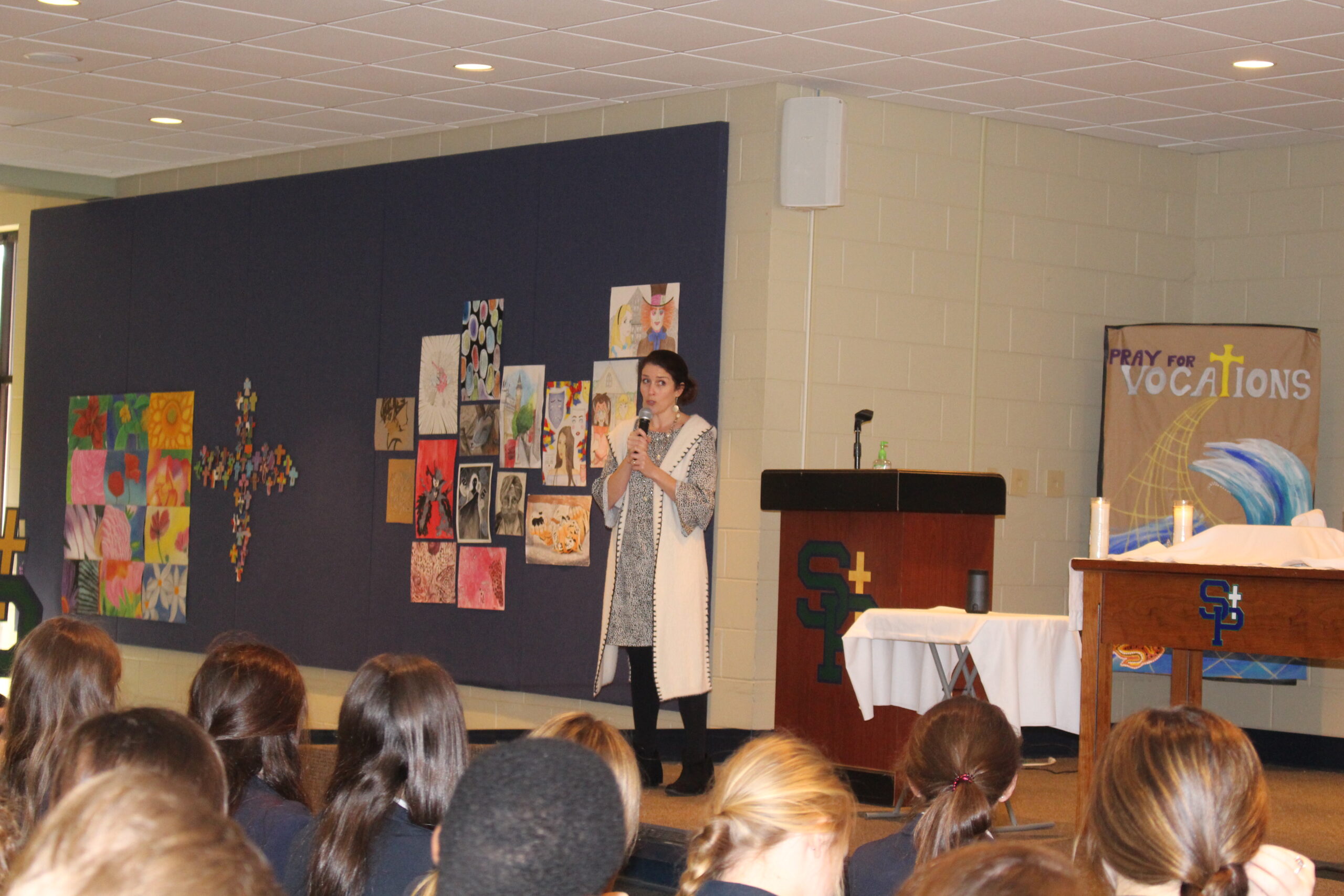 School community comes together for March for Life Adoration and presentation

On Thursday, January 24, students at St. Patrick united in the cafeteria for adoration. Before adoration began, Mrs. Emily Cloud held a short presentation on her recent trip to March for Life in Washington, D.C.

Three students spoke in front of all their peers about their experience at the march and how much they enjoyed it. Students James Frazier, Amelie Million, and Carmen Destazio were the special ones to speak. Each one talked about how great of a spiritual experience it was.

March for Life is a four-day adventure into our Catholic faith and identity while fighting for the unborn babies. Mrs. Cloud took a group of around 56 people on a Hotard bus all the way to Washington D.C. on Wednesday night. On Thursday, the group went to Arlington National Cemetery to watch the Changing of the Guard ceremony and attended a rally at George Mason University with a theme of “Life is Very Good.”

Friday was the day for Mass, the March, and visiting the Basilica. Thousands of people, along with Mrs. Cloud’s group, attend church at George Mason University together.  Everyone participating in the March from all over the country meets at the National Mall and listens to guest speakers. Once the March starts, people are chanting, smiling, laughing, and having a ton of fun.

The March brings an indescribable  experience of learning, growth, awareness, hope, faith, etc. It is enlightening to see all of the people fighting for the same cause as you. After the March, the St. Patrick group went to the National Basilica in D.C. Everyone viewed the amazing shrine and all of its beauty.

On Saturday, Mrs. Cloud’s group went sightseeing around the incredible city. The group went to the Holocaust Memorial Museum, the Abraham Lincoln Memorial, and a few other memorials. On the way home, the group stopped, along with every other group in the Diocese in Biloxi, to eat dinner in Petersburg, Virginia, at St. Joseph’s Church. Here, the groups attended Mass and ate with the Knights of Columbus. Afterward, the group traveled home to St. Patrick.  It was an incredible trip that the group will never forget.

View the video from the trip below!